There are two datasets that show the NOAA POES, which are NOAA-17 and NOAA-18. This dataset follows the path of NOAA-17, the morning satellite, and displays the IR data that the satellite collects over a 13 hour period on February 14, 2007. The IR data is overlaid on top of the NASA blue marble image. The satellite is able to provide full coverage of the Earth in less than 13 hours. POES satellites are about 510 miles above the Earth's surface and collect a swath of data that is 1740 miles wide. The other dataset, Sunsynchronous Satellite, follows NOAA-18 and shows the path of the satellite along with the day/night terminator for one day on December 22, 2007. NOAA-18 is the afternoon satellite, which crosses the equator in the afternoon. The satellite parallels the night-time side of the terminator. Each orbit for these satellites only takes 102 minutes. They are able to orbit the Earth so quickly because they are traveling almost 17,000 mph. If Science On the Sphere were the actual size of the Earth, the height of the POES orbit would be 4.5 inches above the surface. 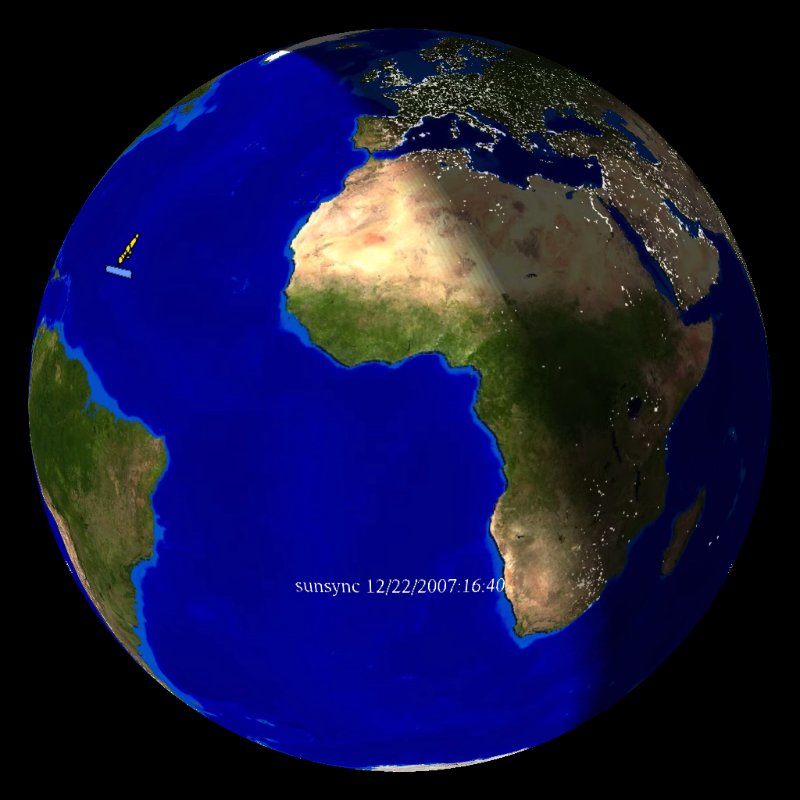 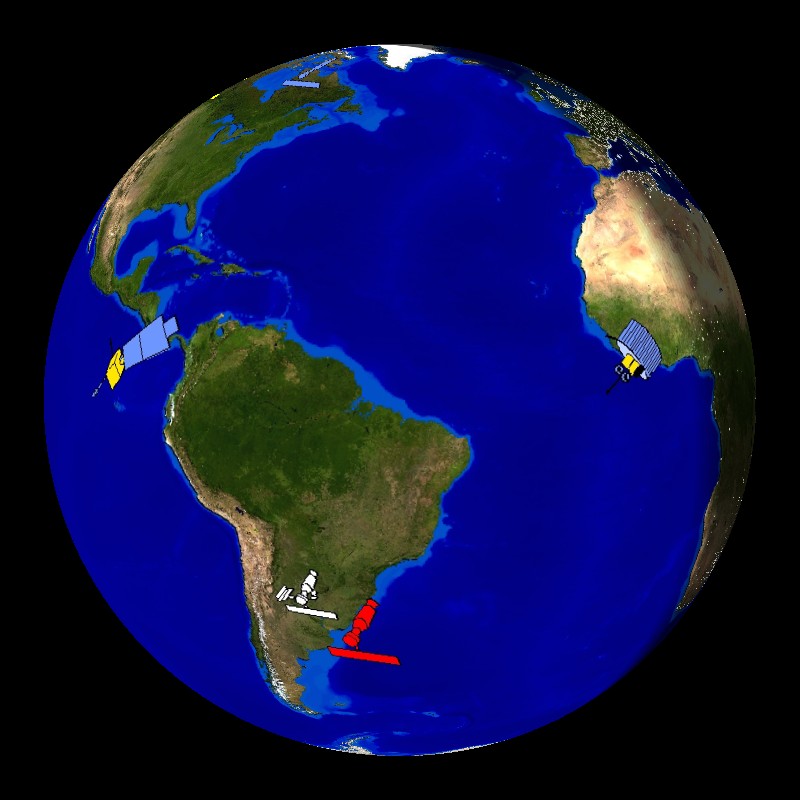