Beneath the sea surface is an amazing sea floor that contains mountain ranges, trenches and plains. The ocean covers 71% of the Earth's surface, has an area of 139,400,000 square miles and an average depth of 2.3 miles. Due to this vast size, only a few percent the sea floor has been mapped by ships. Maps of the sea floor are created by combining soundings from ships, sonar scans from ships, and gravity anomalies in the sea surface detected by satellites.

This dataset gradually reveals the sea floor as the ocean is "drained." The scale in the dataset shows the distance below sea level in meters and miles. As selected features are revealed, a label appears. For this animation, the labeled areas include Mariana Trench, Tonga Trench, Puerto Rico Trench, Hawaiian Islands, Grand Banks, Mid-Atlantic Ridge and Ninety East Ridge. The deepest area in the ocean is the Mariana Trench, which is 6.86 miles (11,033 meters) deep. The longest mountain range in the world is the Mid-Atlantic Ridge, which runs through the middle of the Atlantic Ocean. This dataset has no labels and the land is shaded in true color with the oceans shaded gray. There are two other versions available that are fully labeled with a colorized seafloor based on bathymetry, Ocean Drain with Land Background is shaded in true color and Ocean Drain with Etopo Background illustrates the same draining with the land shaded based on elevation. 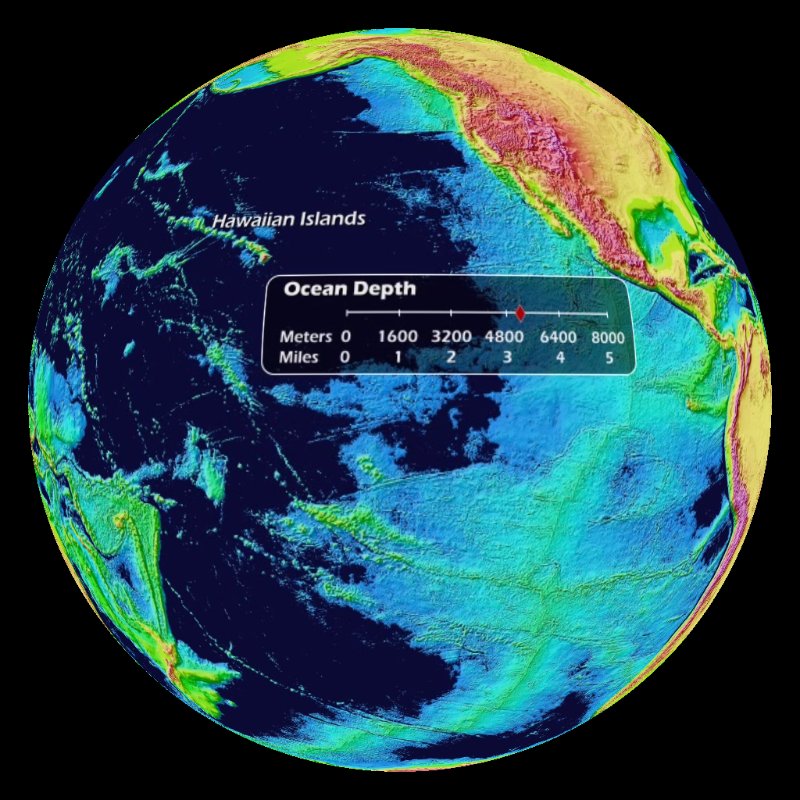 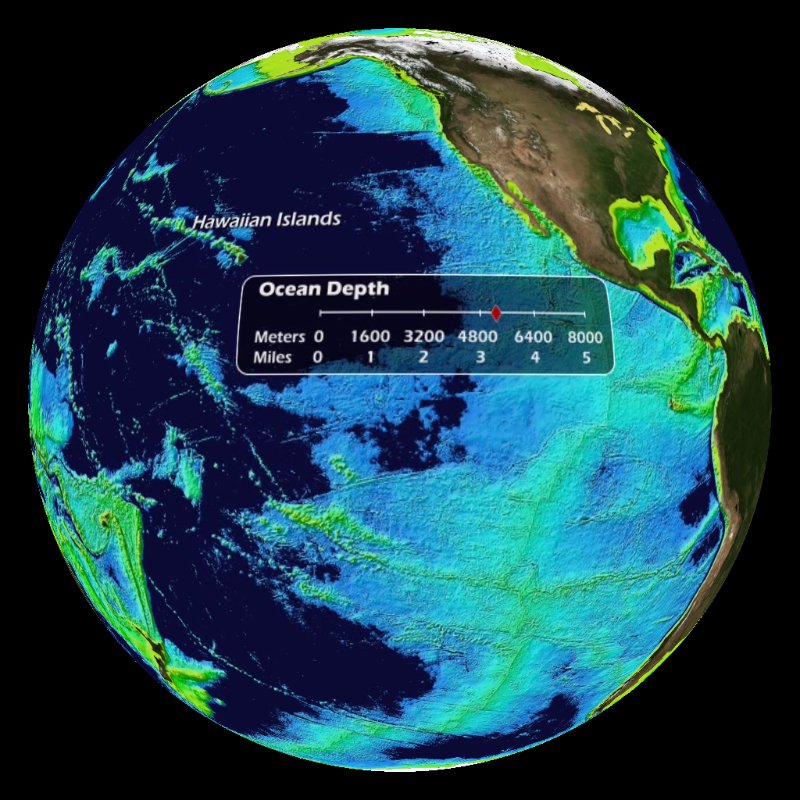