The ocean is not a still body of water. There is constant motion in the ocean in the form of a global ocean conveyor belt due to thermohaline currents. These currents are density driven, which are affected by both temperature and salinity. Cold, salty water is dense and sinks to the bottom of the ocean while warm water is less dense and rises to the surface. The "start" of the ocean conveyor belt is in the Norwegian Sea. Warm water is transported to the Norwegian Sea by the Gulf Stream. The warm water provides heat for the atmosphere in the northern latitudes that gets particularly cold during the winter. This loss of heat to the atmosphere makes the water cooler and denser, causing it to sink to the bottom of the ocean. As more warm water is transported north, the cooler water sinks and moves south to make room for the incoming warm water. This cold bottom water flows south of the equator all the way down to Antarctica. Eventually, the cold bottom waters are able to warm and rise to the surface, continuing the conveyor belt that encircles the global. It takes water almost 1000 years to move through the whole conveyor belt.

This dataset shows the direction of warm surface waters in red and cold bottom waters in blue as arrows showing direction of movement. Changes in ocean circulation could have drastic impacts on the climate. The transport of heat associated with the ocean conveyor belt partially moderates the cold temperatures in the North. As the poles warm due to climate change, melt water from ice and glaciers enters the ocean. This fresh melt water has the potential to slow or even shut off the ocean circulation, which is dependent on temperature and salinity. The density of the fresh melt water is less than that of salty ocean water. This causes the fresh melt water to form a layer on the surface that can block the warm, salty ocean water from transporting heat to the atmosphere. The effect would be a cooling of the higher latitudes. If the warm water is not able to give off heat, it can not cool and sink to the bottom of the ocean. This would disturb the circulation of the entire ocean conveyor belt and have a noticeable impact on the climate in the northern latitudes. 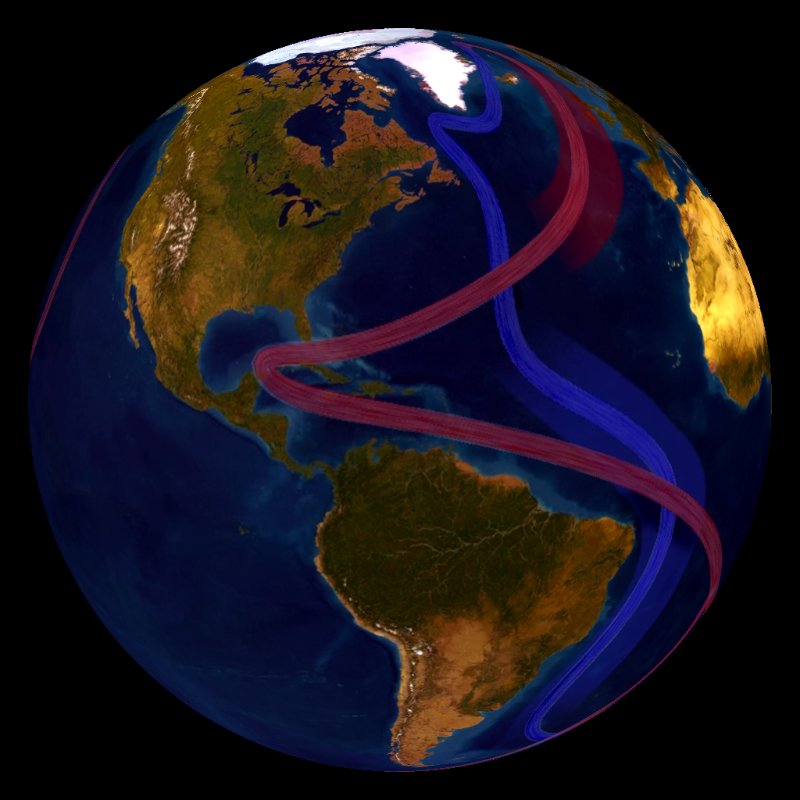 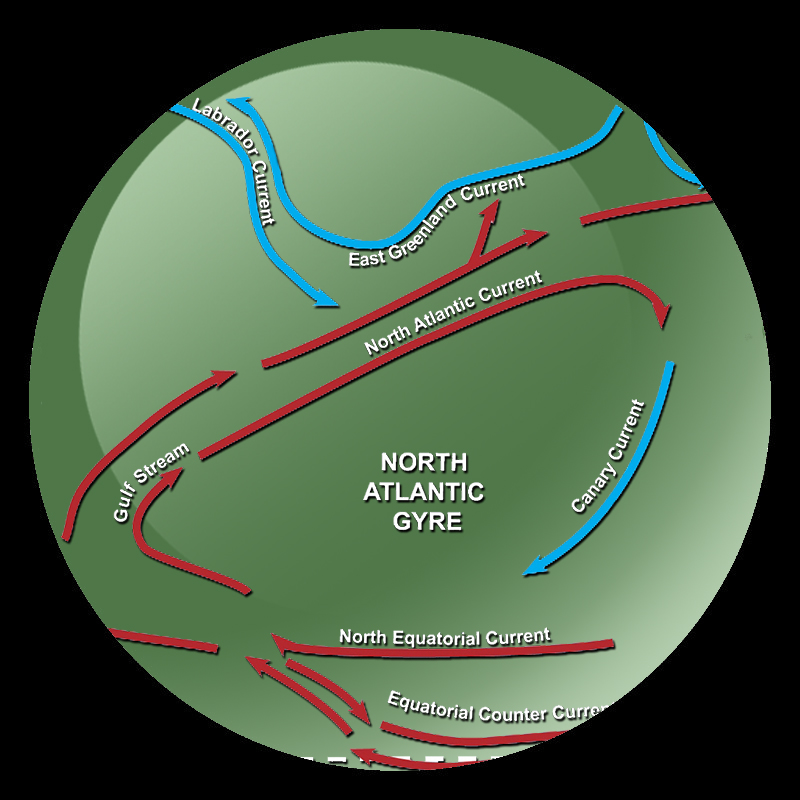