The model simulation is driven with atmospheric emissions based on records of atmospheric carbon dioxide levels for past dates, and the CMIP5 IPCC RCP 8.5 scenario for future dates (approx. 950 ppm atmospheric CO2 by 2100). 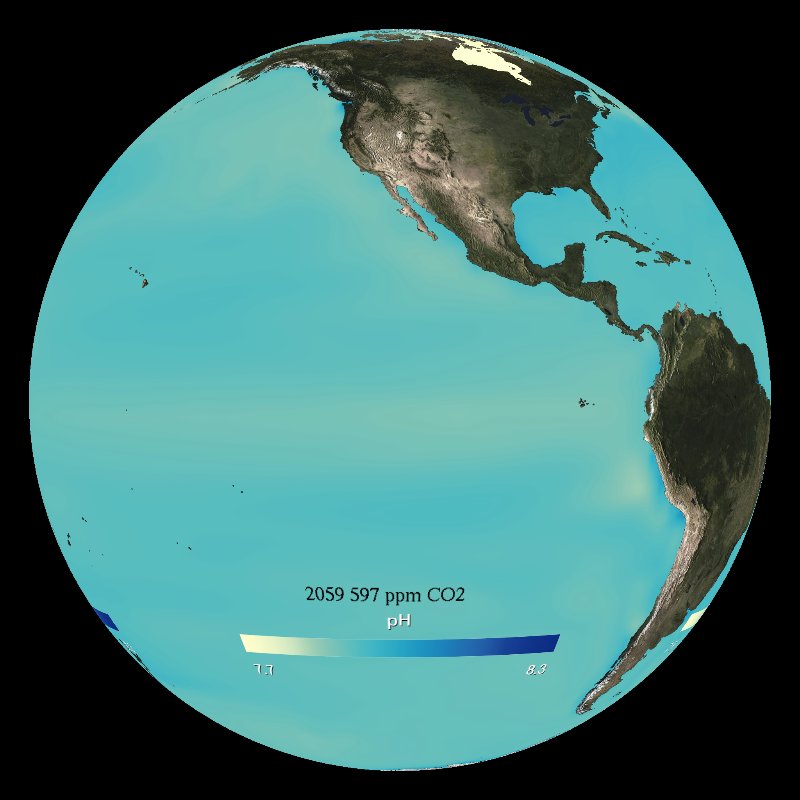 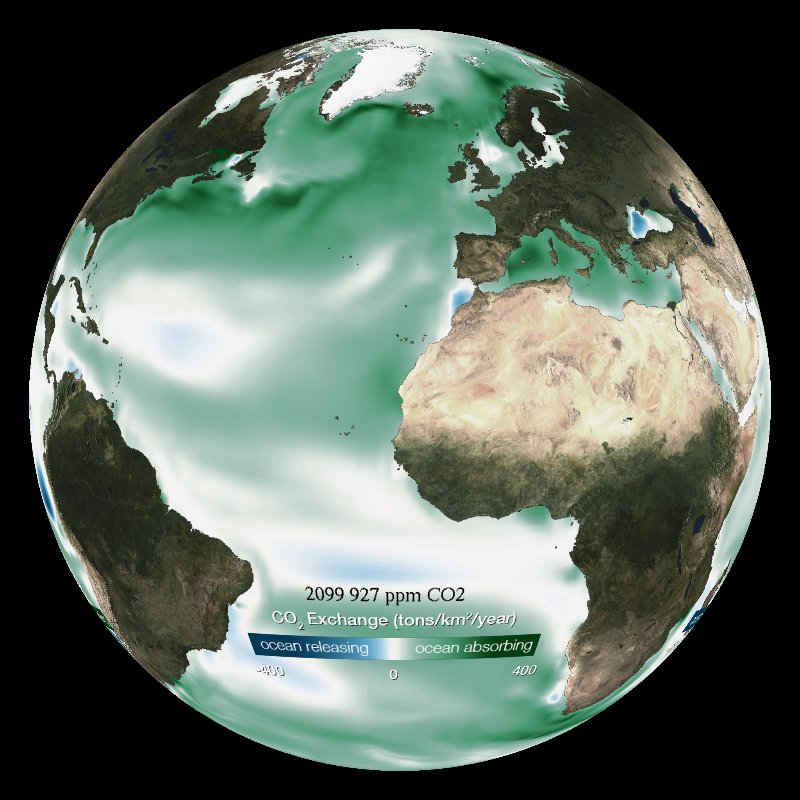