The data was recorded by the Defense Meteorological Satellite Program (DMSP) in the National Geophysical Data Center (NGDC), now part of NOAA National Centers for Environmental Information (NCEI). The data was collected using polar orbiting satellites that provide full cover of the globe twice a day. The satellites have an Operation Linescan system which allows them to detect low levels of visible-near infrared radiance at night. With this data, it is possible to detect clouds illuminated by moonlight, lights from cities and towns, industrial sites, gas flares, fires, lightning, and aurora. The Nighttime Lights of the World data set was complied from Defense Meteorological Satellite Program (DMSP) data spanning October 1994 - March 1995.

This particular visualization shows only the lights generated from electricity. The oceans are shaded a very dark blue and the land is shaded a slightly lighter blue so that they can be distinguished. All of the lights are bright white. Areas of high economic prosperity and/or population are generally the areas that are well illuminated. Most of the coast lines are well highlighted, as it seems people like to live by the water. The Nile River in Africa is outlined by the lights that border it. In the United States, it is visible that the eastern half of the country is more densely populated than most other areas. Major highways can be identified by the lights along them. 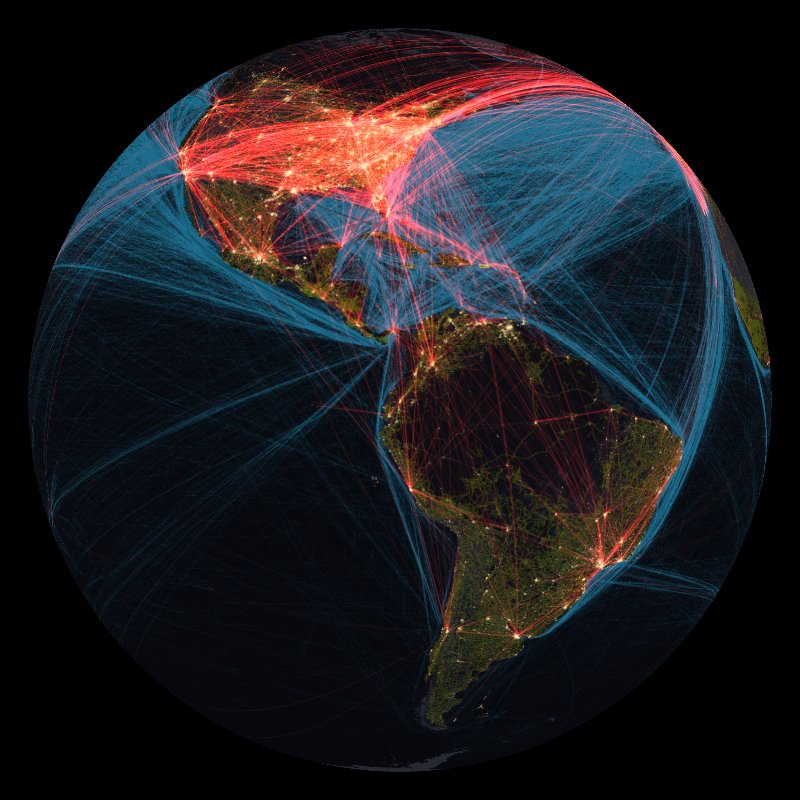 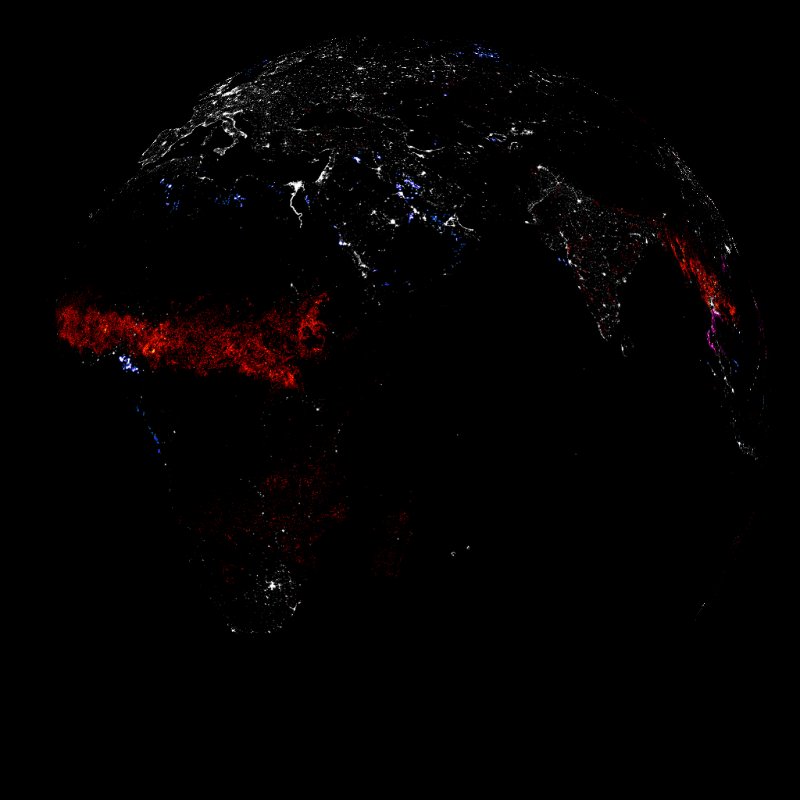