Temperatures vary drastically on Mercury, the closest planet to the sun. On the side that faces the sun, temperatures can reach up to 801°F, while on the other side, temperatures can drop down to -279°F, allowing for Mercury to have the most extreme temperature variations in the solar system. One reason for these temperature variations is the lack of atmosphere over Mercury to trap heat. The smallest planet in the solar system, Mercury is rocky and cratered with almost no atmosphere to serve as protection. Caloris Basin, with a diameter of over 800 miles, is Mercury’s most notable feature and is thought to have been caused by an impact early in the history of the planet.

Mercury has not only the longest day, approximately 1407.5 hours (58.65 Earth days), but also the fastest orbit velocity at an amazing 107,088 miles per hour. Another solar system record held by Mercury is the shortest year at only 87.97 Earth days. The combination of the longest day with the shortest year means that for every two orbits that Mercury completes around the sun, it only rotates on its axis three times. The orbit of Mercury is not circular, but highly elliptical with the distance from the sun varying from 28.58 million miles at perihelion (position closest to sun) to 43.38 million miles at aphelion (position farthest from sun). This dataset was created using data from the MESSENGER mission. It is a global mosaic that covers 99.9% of Mercury's surface, and image details are available here. 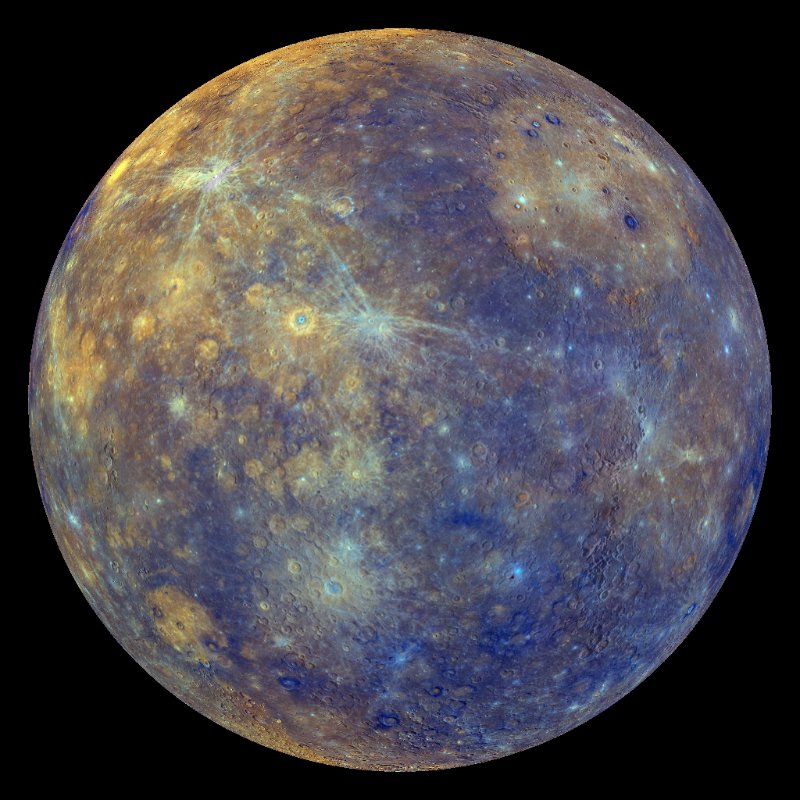 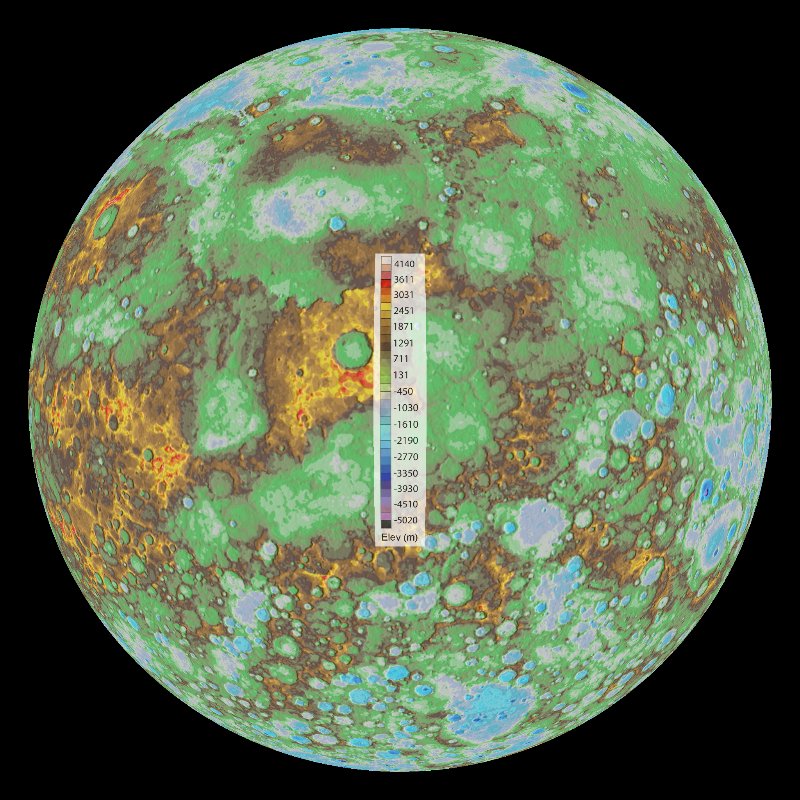