There are three versions of this dataset. Two show the same base map, but have different label styles. This dataset has a slide show of each land type, the other, Land Cover Map with Ribbon of Labels, shows all of the labels in a ribbon around the equator. The third version, Land Cover Animation , shows each of the categories separately then progressively overlays the layers as an animation. 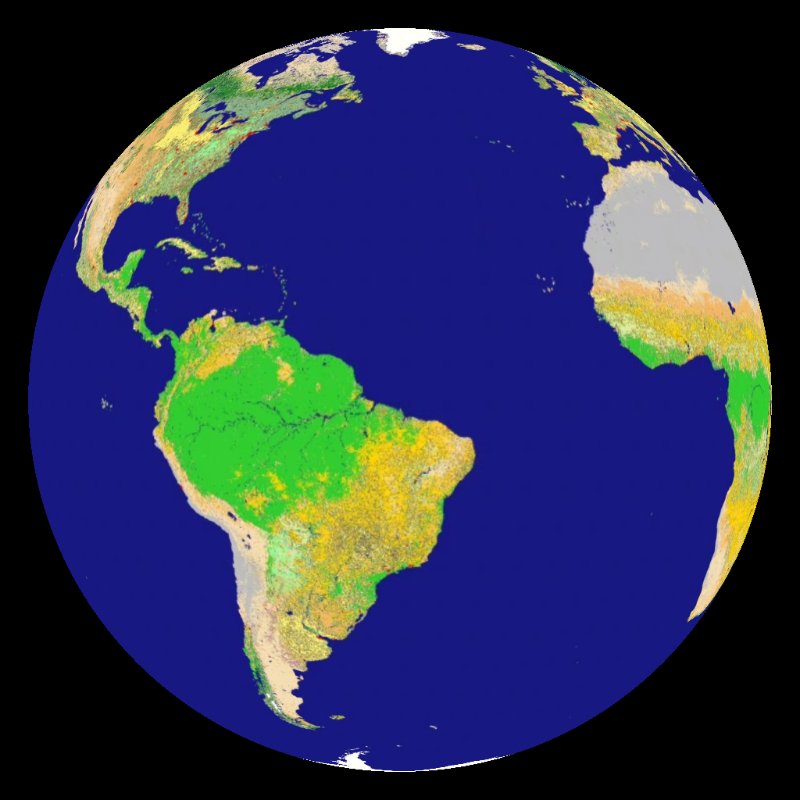 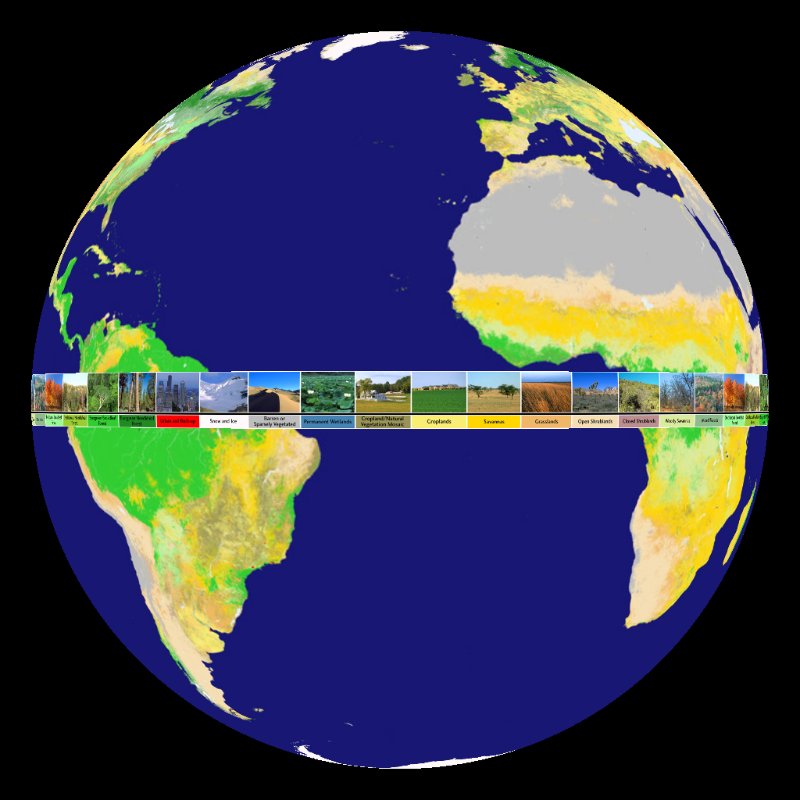