To show the earthquake activity, a snapshot of the Real-Time Earthquake dataset has been archived, Japan Earthquake . This loop, which is composed of hourly images, starts on February 19, 2011 and runs through March 24, 2011. Increased activity near Japan can be seen in the days before March 11. After the event, hundreds of powerful aftershocks, occurred for days. Over thirty of the aftershocks had a magnitude of greater than 6. This dataset merges the above earthquake activity with the predicted tsunami wave heights. 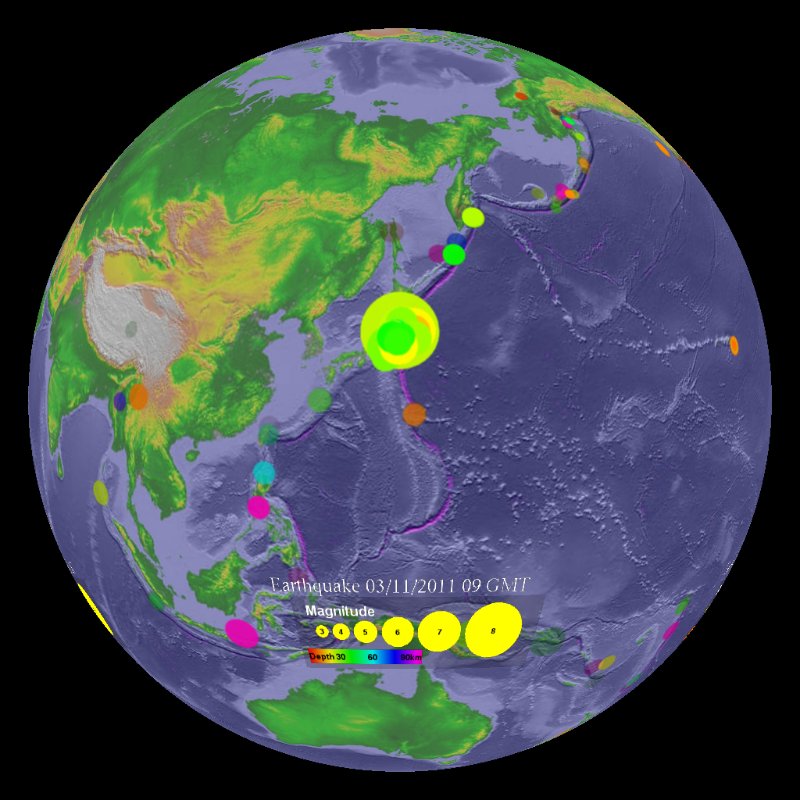 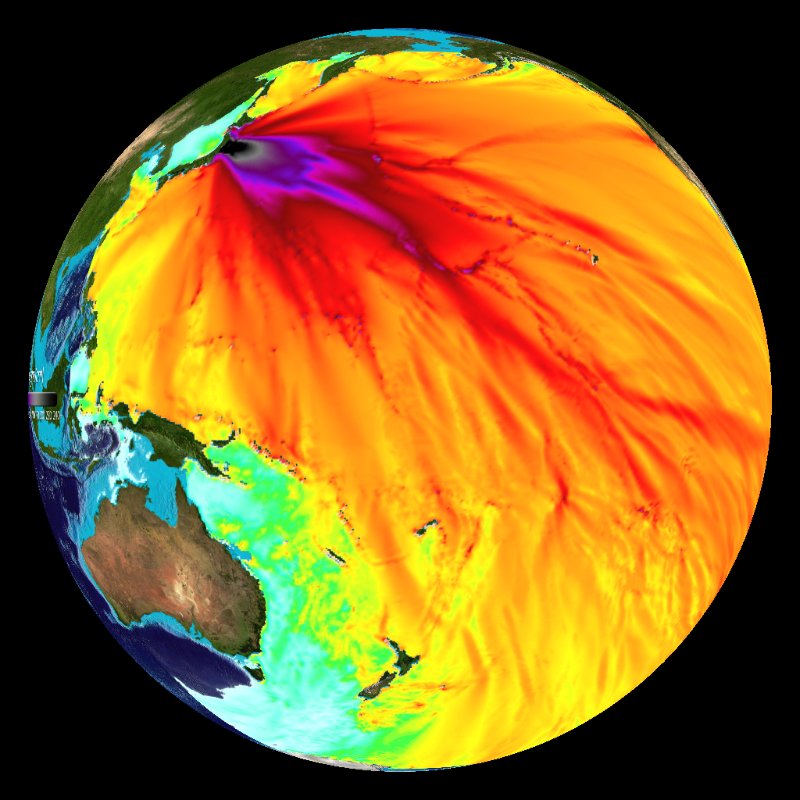