One of the SOS Catalog's most popular dataset, real-time clouds, will be getting an upgrade! Most of the cloud coverage in the dataset is from geostationary satellites, and the satellites positioned over the U.S. and its territories are known as GOES (Geostationary Operational Environmental Satellite). NOAA is launching the next generation of GOES satellites, called GOES-R Series, which will greatly improve weather observations.

The first satellite in the series, GOES-R, is scheduled for launch on November 19, 2016 at approximately 4:42pm EST. Once the satellite reaches geostationary orbit, it will be known as GOES-16. There will be four satellites in the series: GOES-R, GOES-S, GOES-T and GOES-U.

GOES-R is a game changer. Here is why! 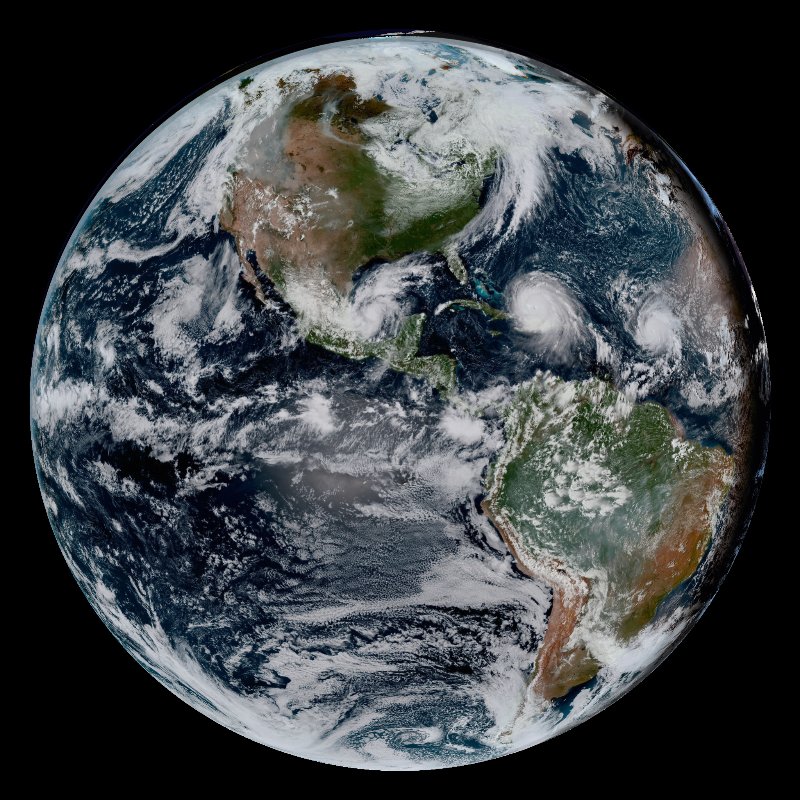