Flooding is the nation's most common, costly and deadly natural hazard. Heavy rain is the most frequent cause of floods, but there are many other natural triggers, including hurricanes, tidal surges, ice jams and snow melt. Floods and flash floods have happened in all 50 states in the USA. Flooding in river basins is a natural part of the river's processes, serving to improve water quality and provide essential habitat to species, among other benefits. Flooding is a matter of scientific interest, as well as cultural significance, and is critical to land-use planning and policy. It is also a vital concern to the safety and welfare of communities in flood prone areas including those who live along waterways and coasts. People from all walks of life are vulnerable to the effects of flooding.

In this dataset, each orange dot represents a flood from 2000 to 2009 that caused significant damage. The flood events are mapped on top of the night time lights map to give a sense of how many people are affected by flooding. The data was gathered from news, governmental, instrumental, and remote sensing sources by the Dartmouth Flood Observatory at the University of Colorado. The listing is comprehensive and global in scope and all of the events shown are "large flood events with significant damage to structures or agriculture; fatalities; and/or at least 1 to 2 decades long reported interval since the last similar event." For more information on the data source, visit: http://floodobservatory.colorado.edu/Archives/index.html 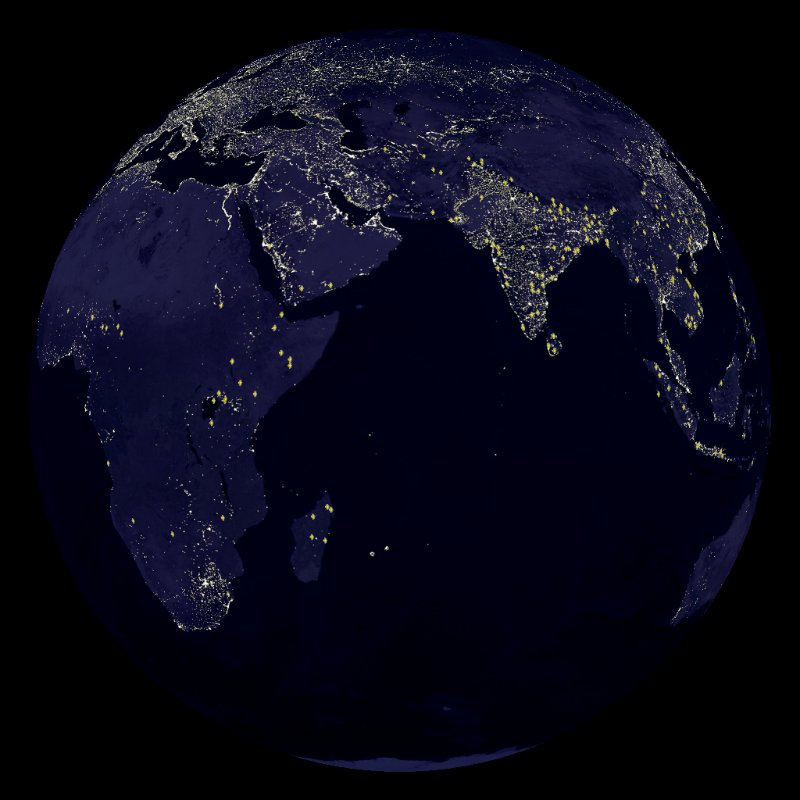 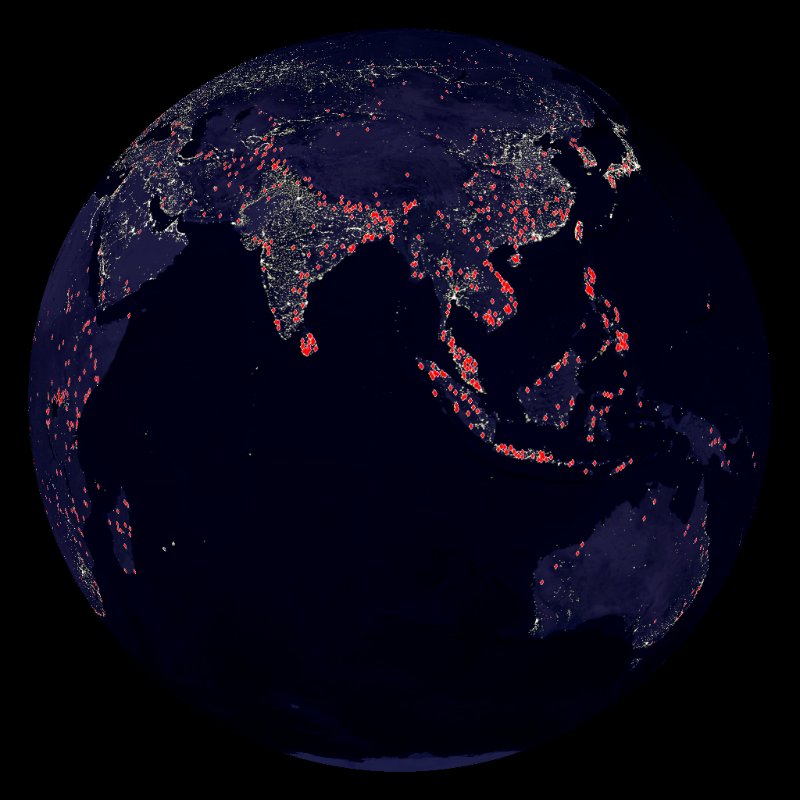 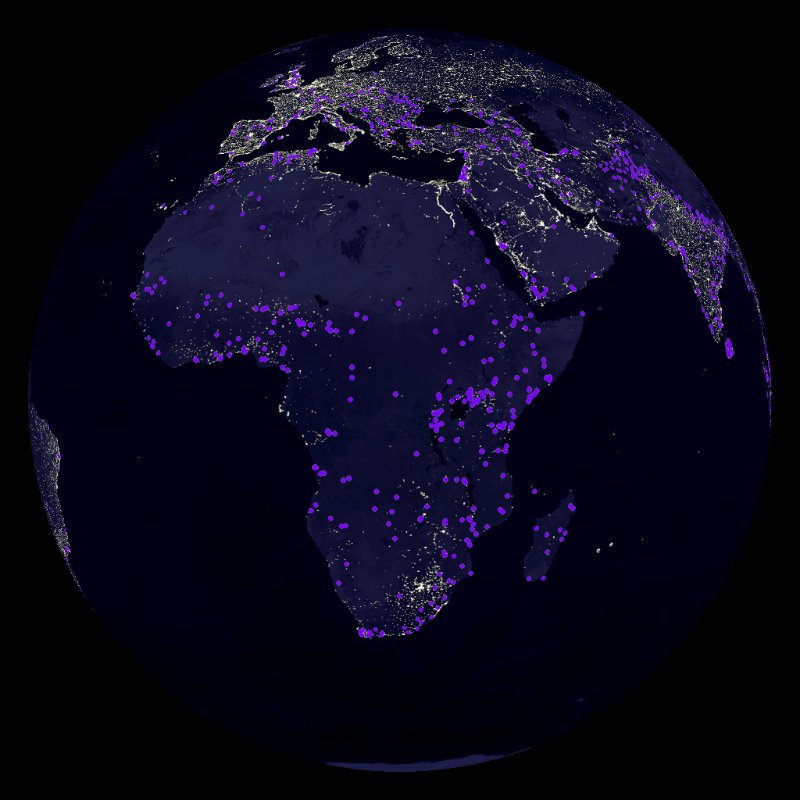