This animation shows the surface movement due to ocean currents over a six-month period during 2005. Each dot in the ocean represents one of the Argo floats. They are distributed roughly every 185 miles over the oceans. During the six-month period used for the visualization, many deployments were still taking place. A sudden appearance of a line of dots represents new floats being deployed off of a research ship. Deployment began in 2000 and by the end of 2005, 75% of the network was in place. 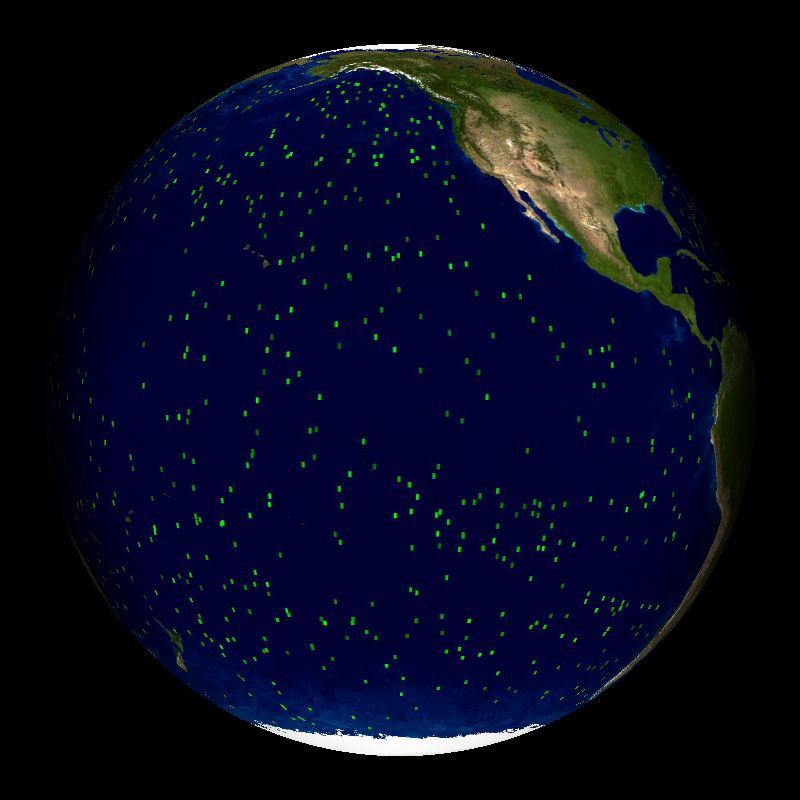