Many scientists believe that Phobos and Deimos are captured asteroids from the outer solar system, but there are other scientists who counter this idea. Both moons have a low density, which means that they cannot be made of pure rock, but rather a mixture of rock and ice. Another similarity between the two moons is that they are both heavily cratered. Deimos does have a slightly smoother appearance, due to the filling of some of its craters. One of the main features on Phobos is a large impact crater. The impact was so severe that scientists think the impact probably came close to shattering the moon. Striated patterns from the impact can be traced over a large portion of the landscape of Phobos. 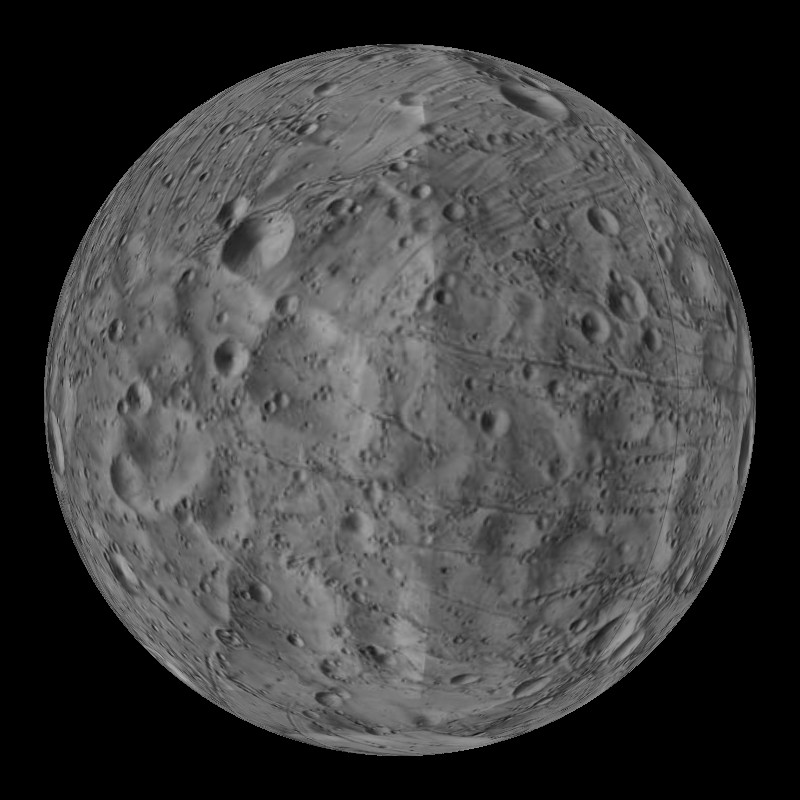