Temperature fluctuations displayed here are 13.7 billion years old, from the time when the Big Bang was thought to have occurred. Essentially, it is a detailed, all-sky display of the young universe developed from three years of WMAP data. The blue areas are cooler while the red areas are warmer. The temperature range on this map is ± 200 microKelvin, which is incredibly small. The temperature range is so small because it doesn’t measure absolute temperature but anisotropy. Anisotropy is the difference between two measurements taken in opposite directions. This is much more accurate than simply measuring the absolute temperature in one direction. This data is used to support the Big Bang theory using inflation. The concept is that the universe expanded many trillion times its size in less than a trillionth of a second at the beginning of the Big Bang. This is a map of the remnant heat left from the big bang. According to NASA, the measurements reveal size, matter content, age, geometry, and the fate of the universe. There are two versions of this WMAP data. The first, is from the first year of data collected by WMAP and is lower resolution. The second, is from the third year of data collected and is polarized and has a higher resolution. In this third year dataset, the formation site of the Milky Way galaxy is visible in the red band.

NEW! A third variation of this dataset is from the 5-year WMAP survey. The 5-year dataset is actually a series of images in different frequency bands and color scales. The first map in the animation is the Cosmic Microwave Background radiation fluctuations, which suppresses the signal from the Milky Way Galaxy. In the images that follow, the Milky Way Galaxy is not suppressed. A description of this animation can be found here: http://lambda.gsfc.nasa.gov/ 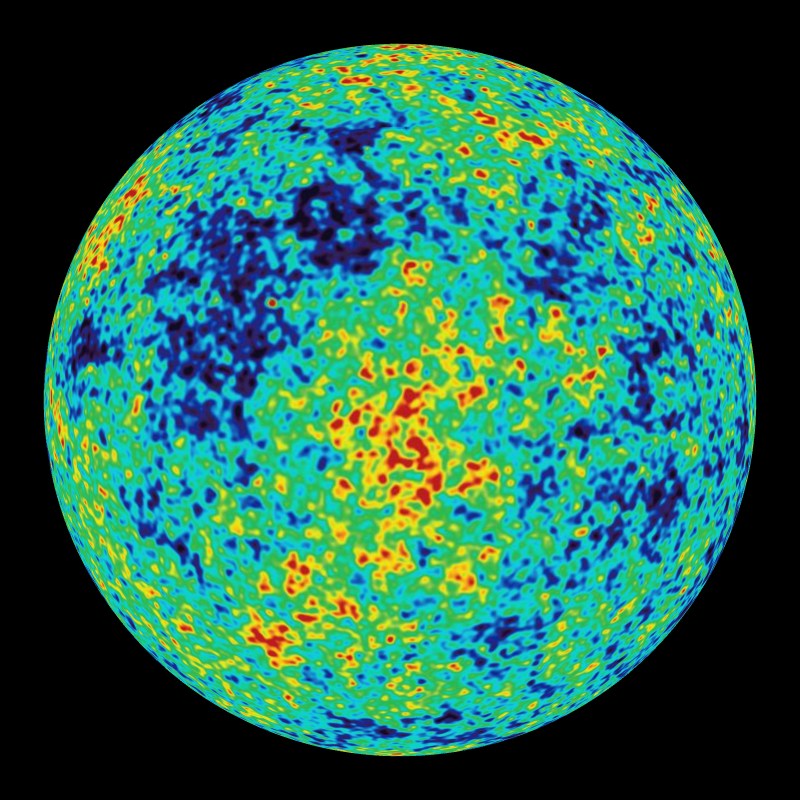 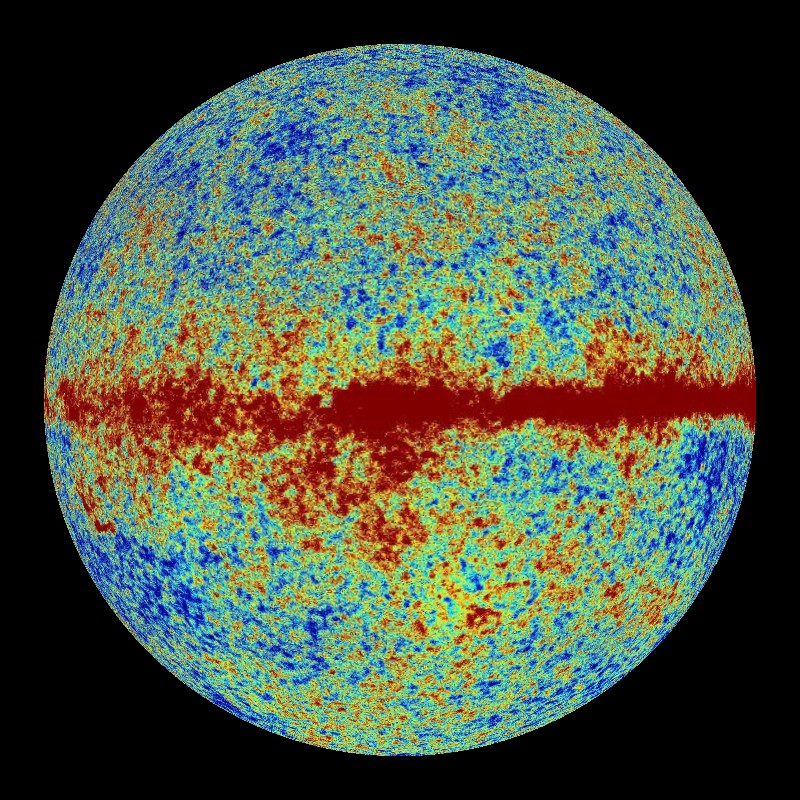