Ceres is the largest object in the asteroid belt between Mars and Jupiter, and is also the only dwarf planet in this part of the solar system.

It is composed of rock and ice, is 950 kilometers (590 miles) in diameter, and comprises approximately one third of the mass of the asteroid belt.

The surface of Ceres is covered with craters of many shapes and sizes, as seen in this mosaic of the dwarf planet comprised of images taken by NASA's Dawn mission in 2015 from a distance of nearly 4400km (2700 miles) to 13600km (8500 miles). A more complete set of images are now being taken at close range that will allow improved maps to be made for Ceres. An unusually large basin nearly 186 miles (300 kilometers) across is seen just south of the equator, with a shallow interior, faint rim and low-relief mounds within. Several bright spots are seen, including two that are very bright and lie within a single crater north of the equator.

The bright spots in the center of that crater are starting to be resolved. They are overexposed in this map, so we only have an approximate view of their brightness. 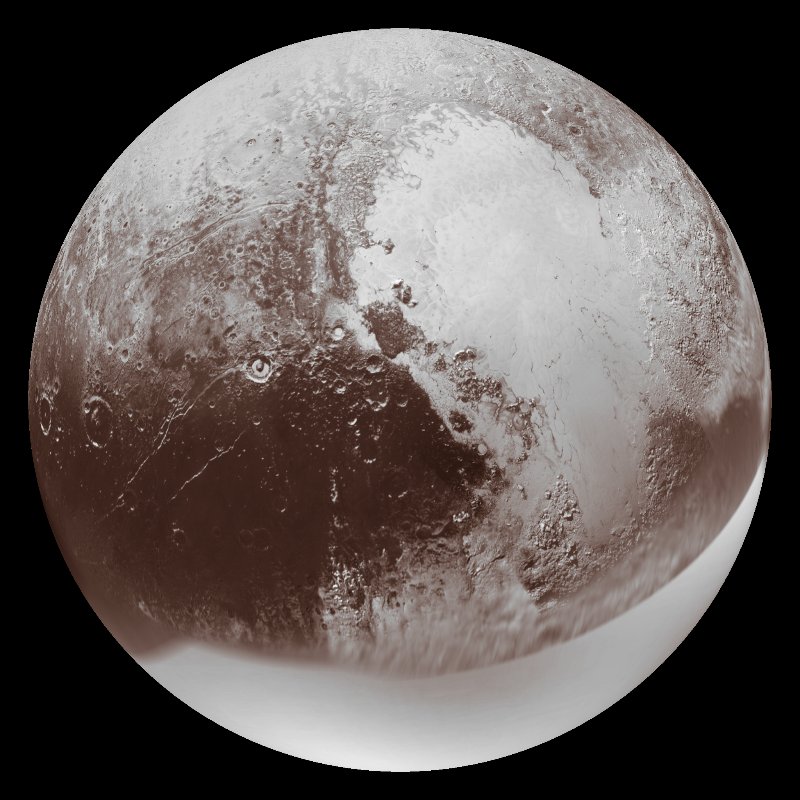