This data set shows the distribution of carbon dioxide in the "free troposphere", which is the lower atmosphere below the tropopause, but above the surface-dominated planetary boundary layer. CO2 distributions are displayed for every day from 2000 through 2018. The large variations in CO2 seen here are caused by surface sources and sinks of CO2, coupled with transport of CO2 plumes by weather systems. The resulting patterns seen here are called "carbon weather".

White dots represent the times and locations of CO2 measurements from surface stations, ships, and aircraft from the more than 70 laboratories in 21 countries participating in the GLOBALVIEW+ program. These are the locations for which we know the mixing ratios of CO2 exactly. The rest of the globe is filled in by a computer model driven by our best knowledge of the surface sources and sinks (fossil fuel and biomass burning emissions, land biosphere and ocean uptake or release) of CO2 that are across the globe. On the colorbar, a white line moves to depict the global average atmospheric CO2 concentration as it changes over time.

This dataset is named "fixed scale," because the colorbar does not change over time, it is fixed, which is best used to show the overall growth in atmospheric CO2 concentration over time. A similar dataset, CarbonTracker: Sliding Scale, shows change of atmospheric carbon dioxide concentration between 2000 - 2018 by adding a sliding scale legend, which is best used for visualizing CO2 being moved around the Earth by weather patterns.

Both datasets have small white dots, which symbolize the observation sites where glass flask atmospheric samples are taken worldwide. The observation dots are a layer that can be toggled on or off using the layers tab. 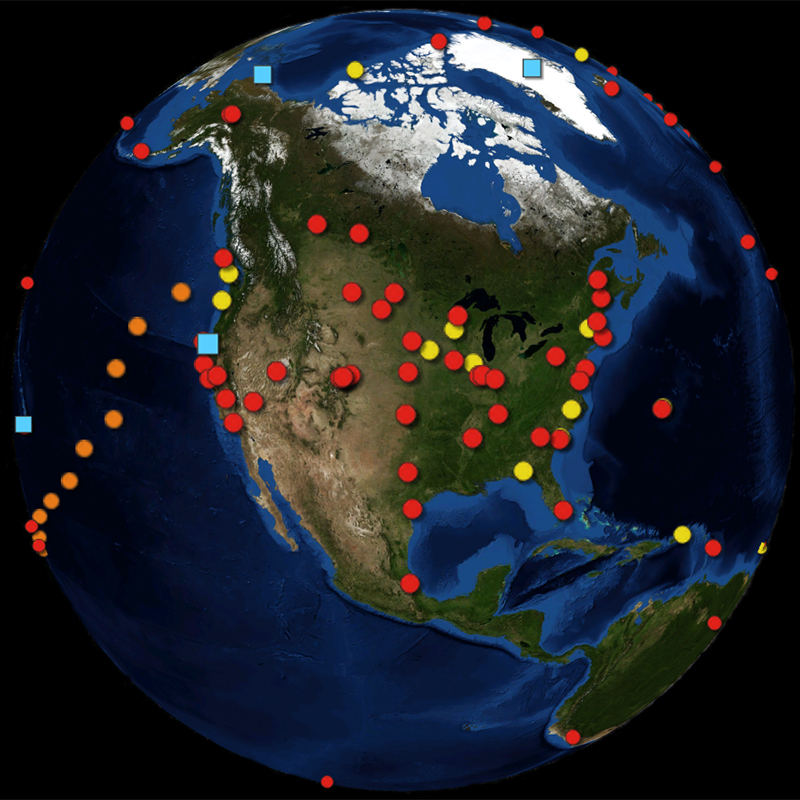 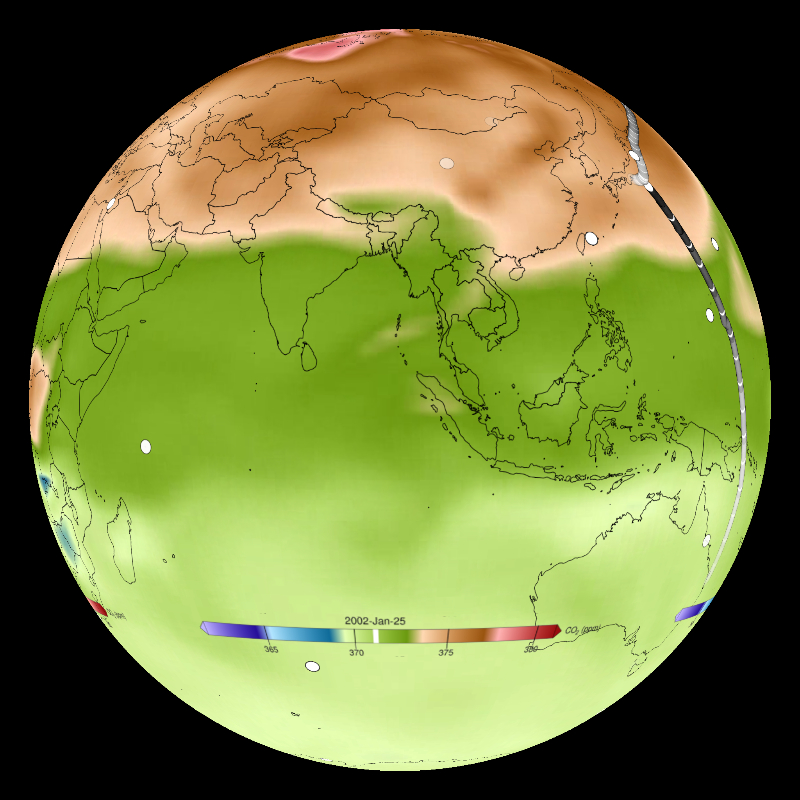