The shading is true color with the oceans shades of blue, the lands varying from green to brown. The brown areas are the sands of the deserts. The shading of the land was done using a dataset compiled by the U.S. Geological Survey's Earth Resources Observation and Science Data Center.

Earth with Vegetation shows the Earth without cloud cover so that the vegetation can be clearly seen. It is a mosaic image therefore it doesn't represent any particular season. 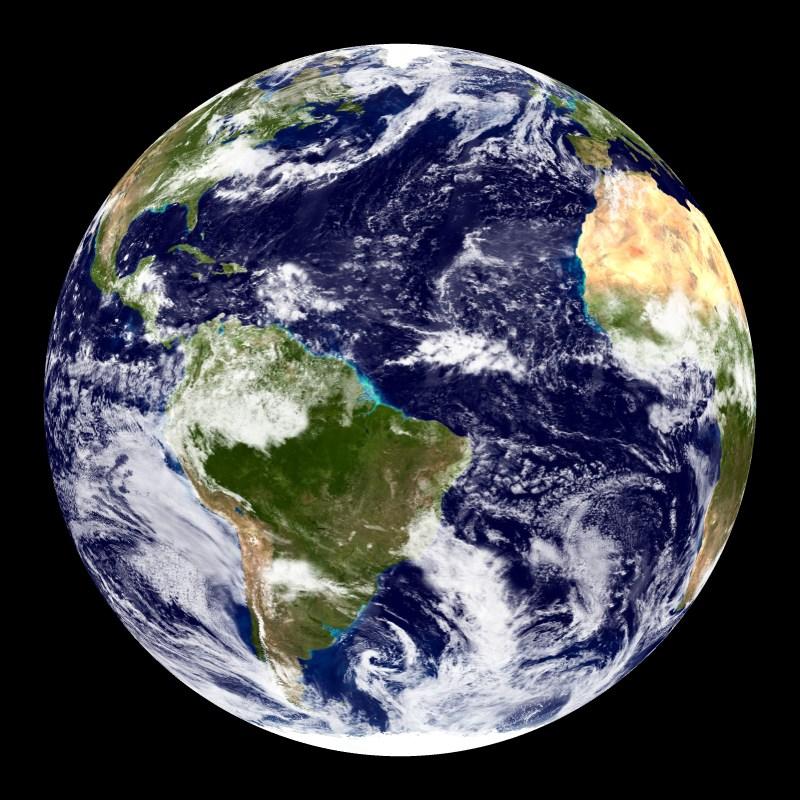 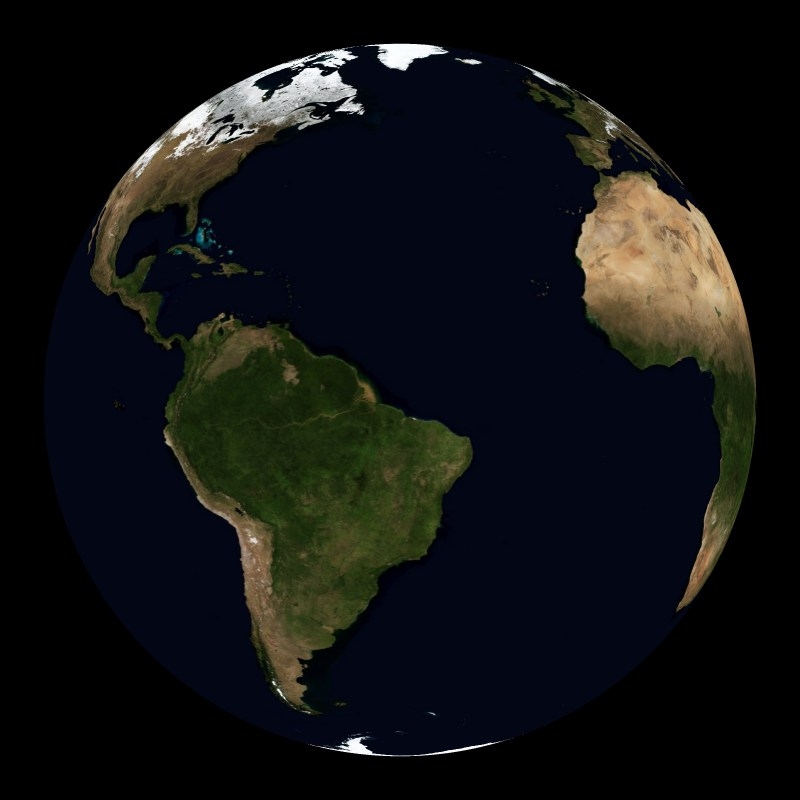 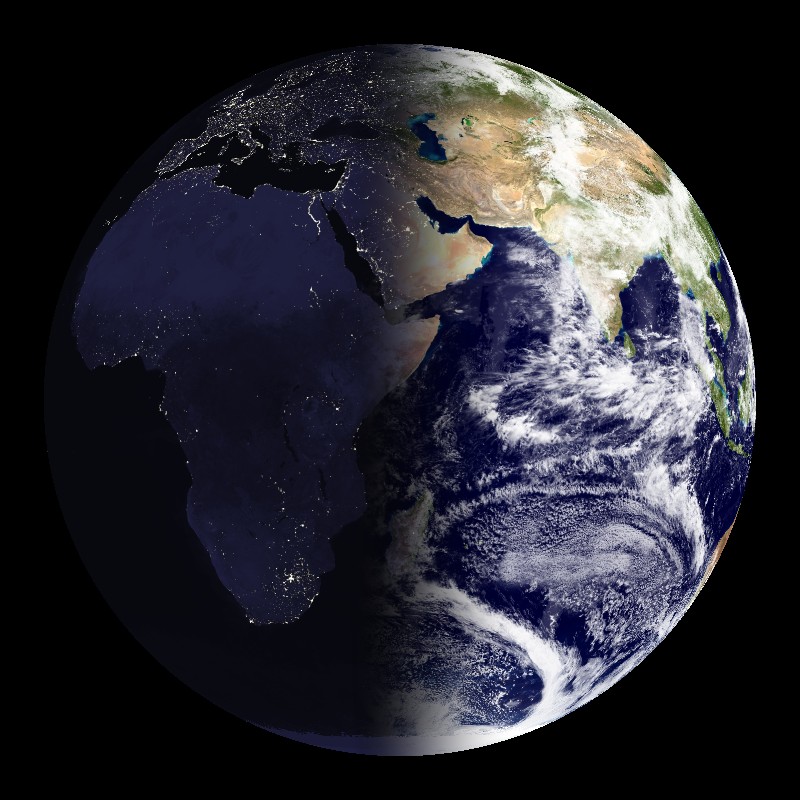