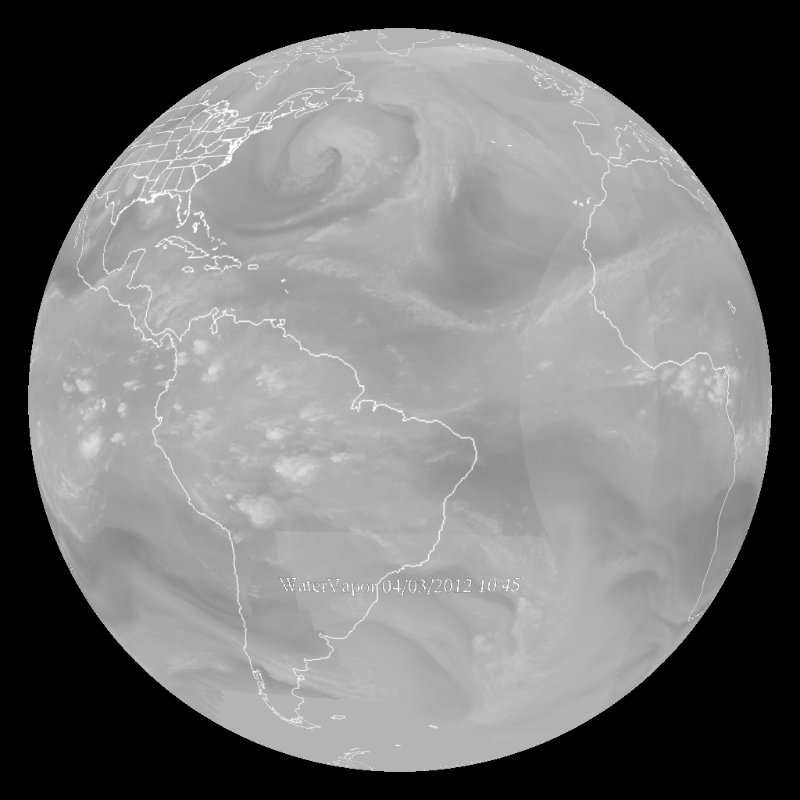 Meteorologists use satellite images to observe the current conditions of the atmosphere. There are many different types of satellite images that each reveal different aspects of the atmosphere. One of the images that they use is the water vapor image. Everything emits and absorbs radiation, including water vapor. Sensors on the weather satellites are set to detect the radiation that is emitted by water vapor at specific wavelengths (6.5 to 6.9 microns). The sensors only measure the water vapor in a layer that is 6 to 10 km above the Earth's surface. Water vapor images are valuable because they display the flow patterns in this upper layer of the atmosphere. This is of interest to meteorologists because this is a region where storms tend to develop and grow.