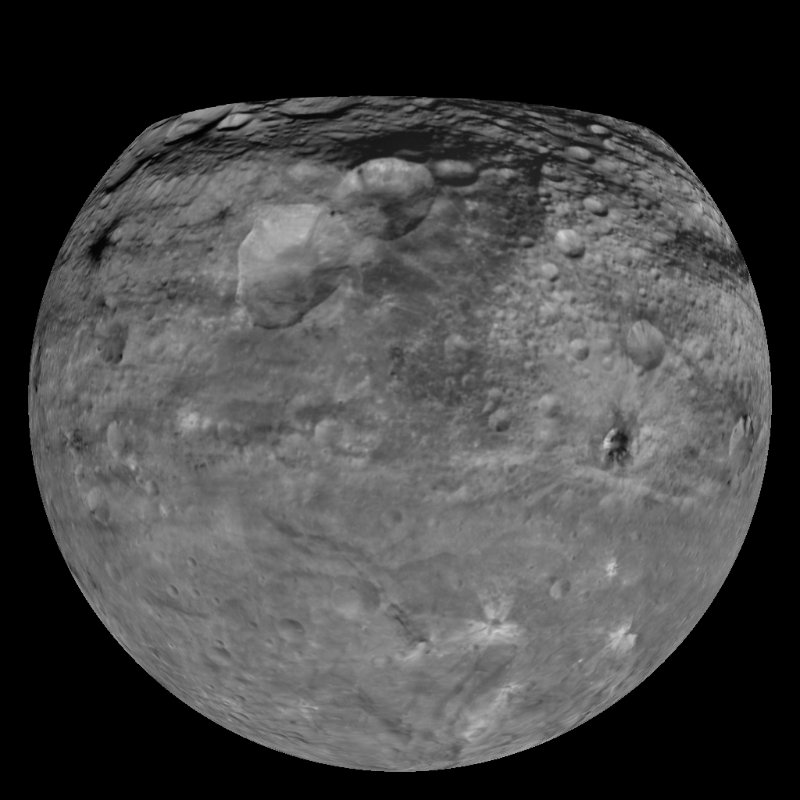 The main asteroid belt, composed of thousands of asteroids orbiting the sun, lies between Mars and Jupiter. Vesta is the second largest asteroid in the belt with a diameter of 330 miles (530 km), behind only Ceres in size. At 220 million miles from the sun, Vesta holds the title for being the brightest asteroid in the solar system. Vesta is also classified as the most geologically diverse asteroid, with basaltic regions that indicate that lava once flowed across the surface. It has light and dark patches, much like the moon and recent imagery reveals elongated and deep grooves with many craters in the northern hemisphere. While the northern hemisphere is cratered, the southern hemisphere tends to be smoother, with one very large crater. A group of three craters just north of the equator have been named the "Snowman Craters" because of their arrangement and size. 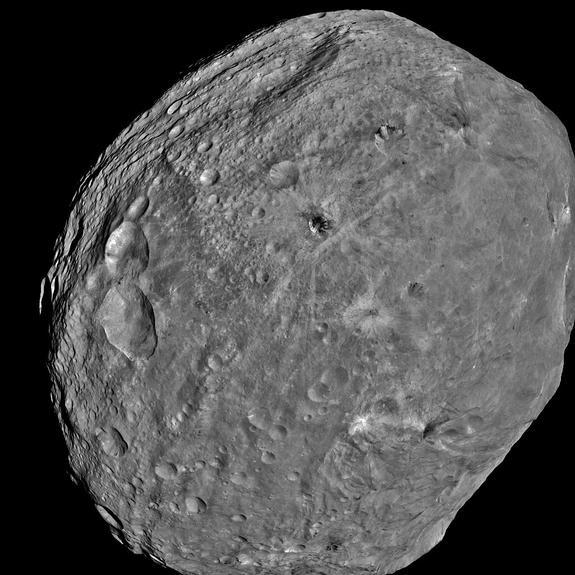 Image of Vesta's actual shape taken from the Dawn Spacecraft

Vesta has an irregular shape, which isn't apparent when projected on Science On a Sphere. The image to the right, taken by the Dawn spacecraft in July 2011, reveals the irregular shape of Vesta. NASA's Dawn spacecraft began orbiting Vesta on July 15, 2011 and will spend a year orbiting the asteroid. Dawn's close observations of Vesta will help astronomers understand the early days of the solar system, the asteroid belt, as well as the processes that formed and shaped rocky planets like Earth, according to Chris Russell, Dawn's principal investigator at UCLA. Dawn will map Vesta at three different, and increasing lower orbits over the course of one year. Vesta is considered by many astronomers to be a protoplanet because of it's large size, saying Jupiter's gravity prevented it from developing into a rocky planet like Earth or Mars. Meteorites from Vesta have landed on Earth, making it one of only three bodies from which scientists have samples (the other two are Mars and the Moon).