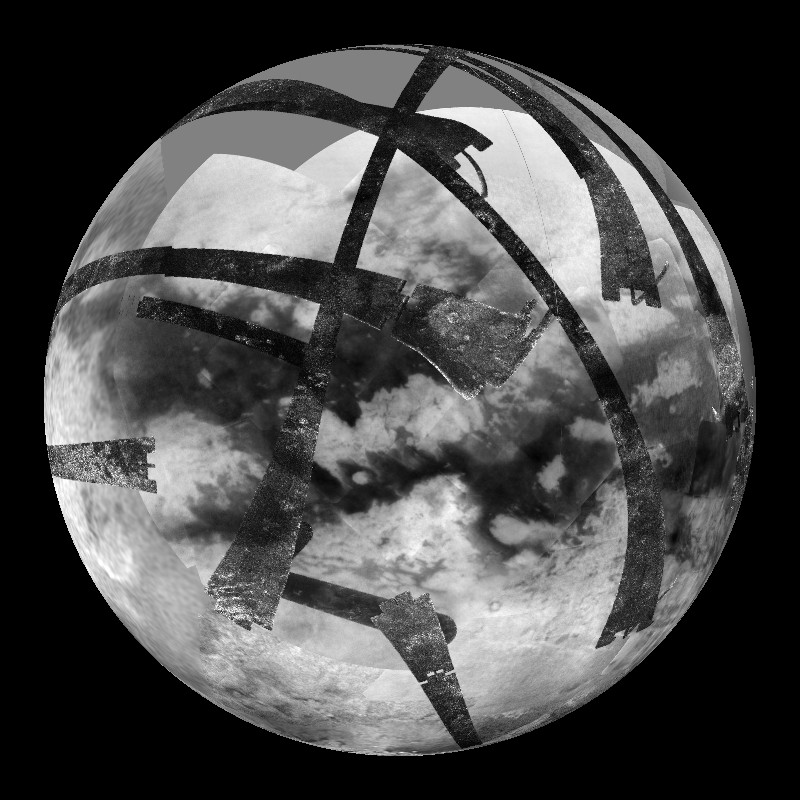 Long ago Titan was thought to be the largest moon in the solar system. New observations have revealed that Ganymede, one of Jupiter’s moons is even larger. Part of the reason for the mix-up is the thick, dense atmosphere that surrounds Titan, obstructing surface views. Titan, like Ganymede, is larger than both Mercury and Pluto. Until recently, a clear view of the surface was not available. In late 2004 the Cassini orbiter began to study Titan, and in January of 2005, the Huygens probe actually landed on the surface and began transmitting photographs of the surface. Numerous dark areas can be seen near the North Pole that are actually seas and lakes of liquid hydrocarbons. Methane for example is 'natural gas' on the Earth, yet is liquid at Titan's temperatures. It would actually be possible to sail on a boat on the lake with a good space suit. A close zoom actually shows shorelines with flowing rivers and hills near the lakes.

There are three datasets for Titan. This dataset is a black and white map with RADAR swaths from Cassini overlaid. There is also one in color and in black and white. The RADAR swaths show some of the seas, lakes and rivers of liquid hydrocarbons near the North Pole.