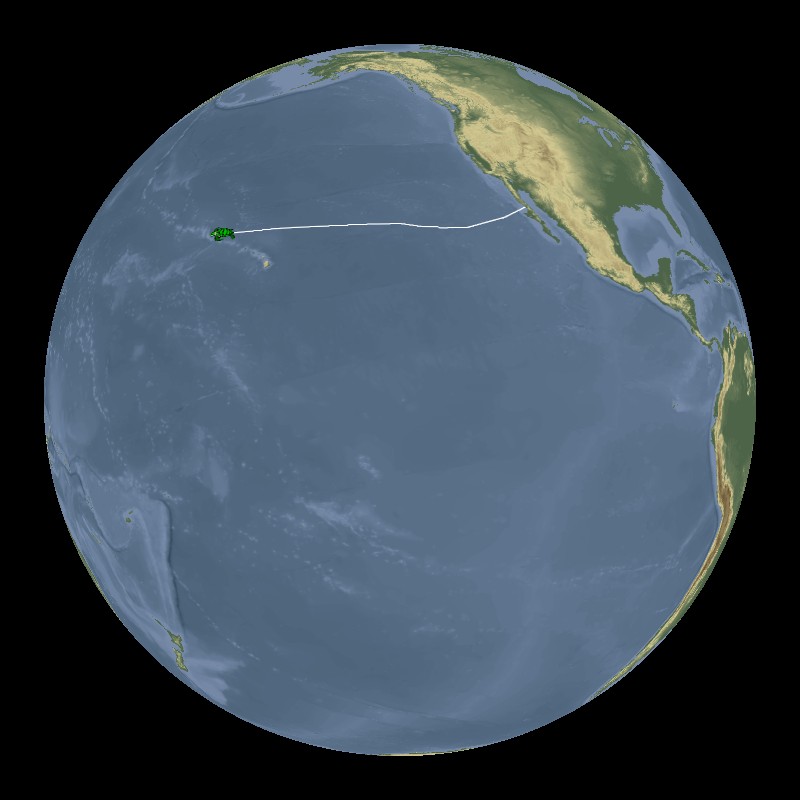 It is common for scientists to tag animals and release them into their natural environment in order to study their behaviors and migration. Adelita, a loggerhead (Caretta caretta) sea turtle, was originally captured off of Baja, Mexico as an 8-pound juvenile. After being raised in captivity, Adelita was released on August 10, 1996 from Santa Rosaliita, a small town in Mexico on the Baja Peninsula. Adelita weighed 223 pounds when she was released. Before she was released, Wallace J. Nichols, then a Ph.D. student at the University of Arizona, outfitted Adelita with a satellite tag. The tag transmitted a signal that allowed Adelita's track to be monitored post-release.

After being released, Adelita immediately began a journey due west across the Pacific Ocean at a rate of almost 100 km (~60 miles) a week. The tag remained active from August 11, 1996 through August 13, 1997. The last location where signals were transmitted from is off the east coast of Japan. Before this track was monitored, it was thought that young turtles hatching from Japan's nesting beaches migrated across the Pacific Ocean to Baja. The young turtles were thought to stay near Baja and use the waters off the peninsula as a juvenile foraging and development habitat. Once mature (up to 30 years later), it was hypothesized that the turtles would return to Japan as adults to mate and nest. Adelita's track due west towards Japan as a mature adult is the first confirmation that this theory may be correct!