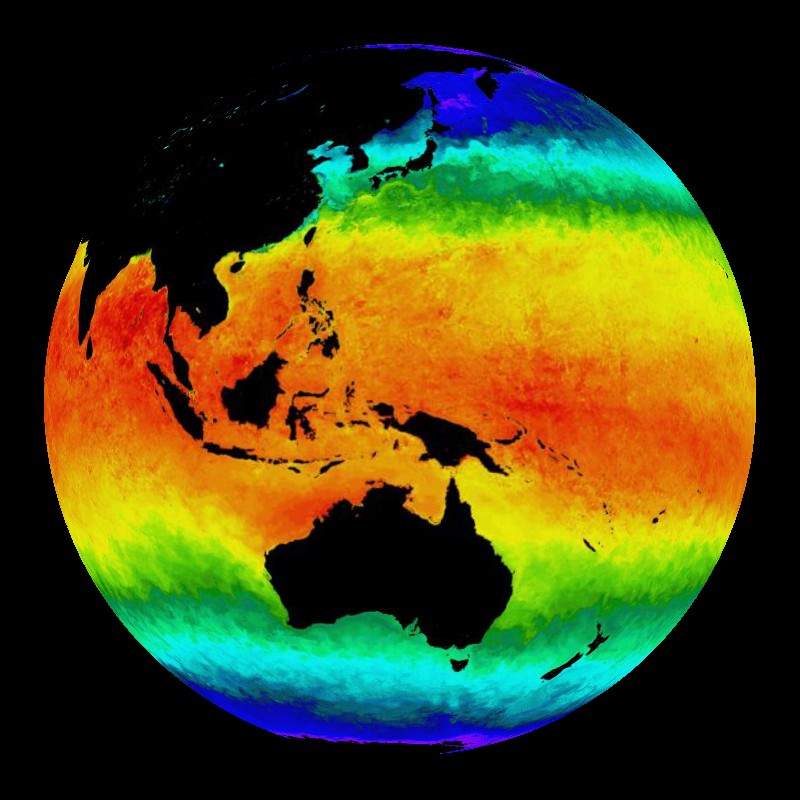 Sea surface temperature, much like the atmosphere’s temperature, is constantly changing. The interaction between the ocean and the atmosphere is one that scientists are constantly researching, especially in light of climate change. Water warms up and cools down at a slower rate than air, so diurnal variations (heating during the day and cooling during the night) seen in the atmosphere are hard to observe in the ocean. The seasons, however, can be seen as the warmest water near the equator expands toward the United States during the summer months and withdraws again during the winter months.