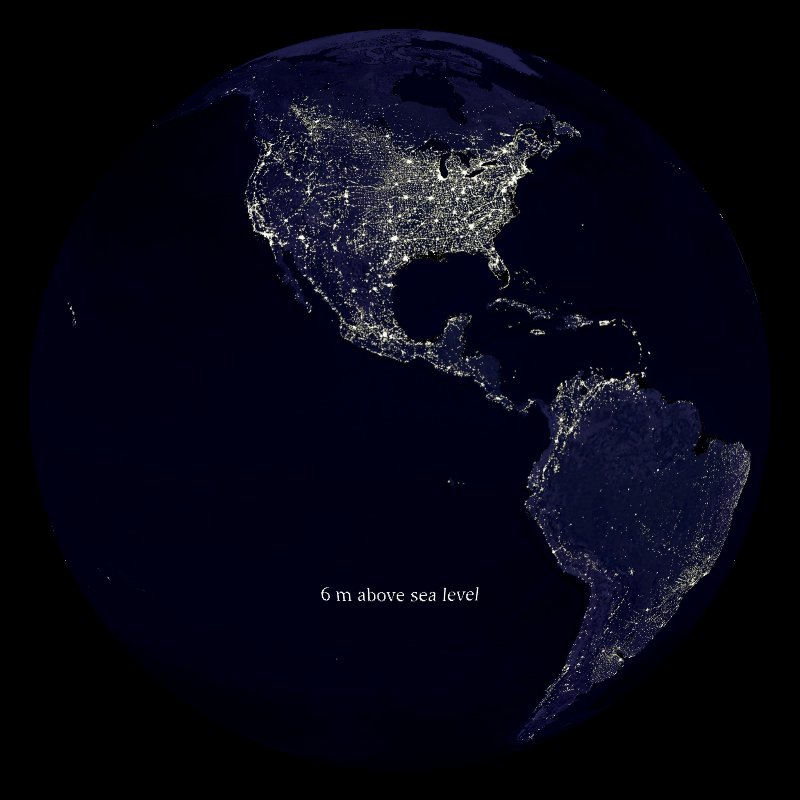 This Science On a Sphere datasets demonstrates rising sea levels and shows the changes in the Earth's appearance. This dataset shows the sea level rising meter by meter from current sea level up to 6 meters above sea level. The land that would be covered by water is shaded red to show the drastic decrease in land as the waters rise. The same dataset is also available with black shading for land covered by water. Using a high resolution elevation model, researchers were able to determine which areas would be covered by water in 1 m increments of sea level rise. Time is not taken into account in this dataset.