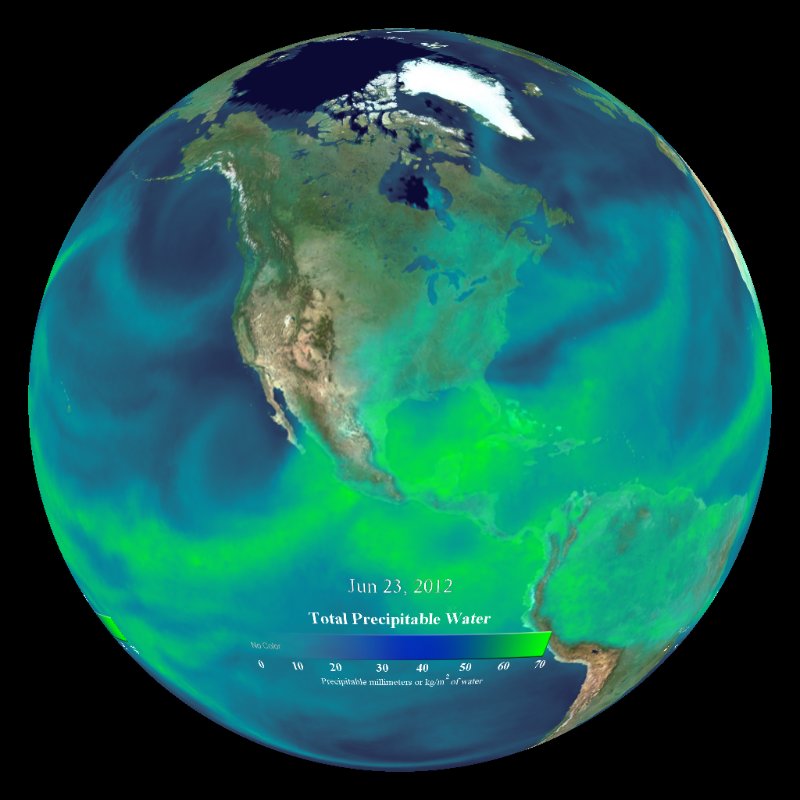 The atmosphere contains an enormous amount of moisture that circulates around the globe. However, not all of it actually condenses into rain, sleet, or snow since the right balance of pressure and temperature are needed to create precipitation. Total precipitable water (TPW) in the atmosphere is the amount of water that can be obtained from the surface to the "top" of the atmosphere if all of the water and water vapor were condensed to a liquid phase. Significant features that can be identified in TPW data are the atmospheric rivers that flow off the oceans and onto coastal land areas. A famous example is the Pineapple Express that forms in the Northeast Pacific and impacts the Northwest United States. Also notice how TPW values are much greater over the equator and ocean. High levels of evaporation in these areas are one of the primary drivers of atmospheric circulation.