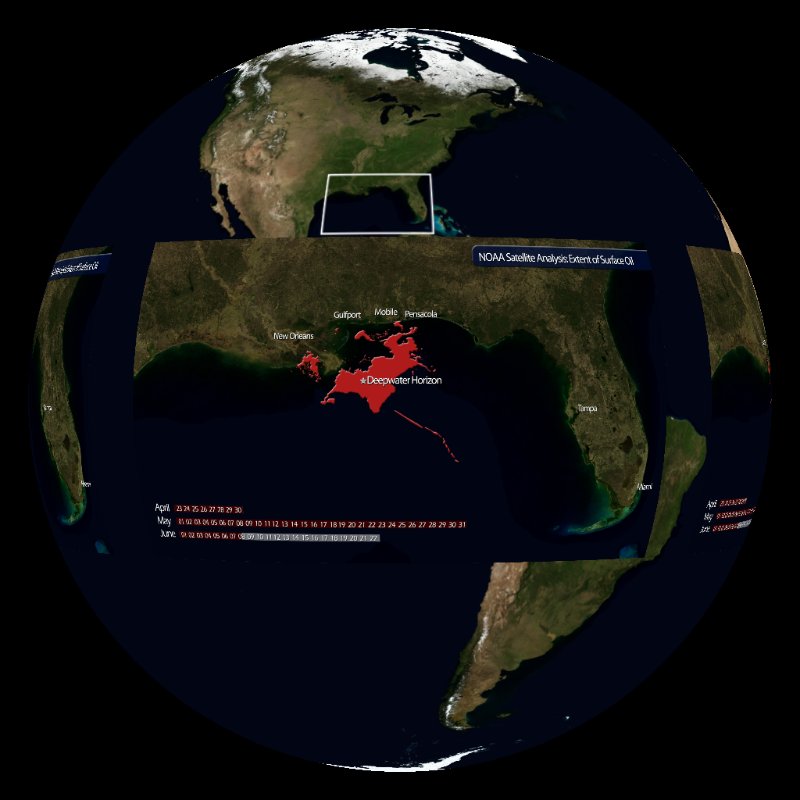 This animation, using a picture in a picture (pip) on SOS, shows the daily change in the satellite analysis of surface oil extents. The background map highlights the area of detail shown in the pip. It should be noted that the observed extents may in some cases not reflect the actual extents due to the difficultly in identifying oil slicks from space. For instance, medium resolution visible images are taken using sunglint data, whereby the sun's angle creates a glare off the surface of the ocean. If the glare is not wide enough, not all of the plume will be seen. Oil-like sheens from algal blooms also complicate the matter. Very high resolution visible and synthetic aperture radar satellites also have very narrow swath coverage, so a large plume or patches of oil may extend past the bounds of the sensor's detection area. For all of these reasons, the analysts at NOAA's Satellite Analysis Branch must use all of the data available to generate a composite over a 24 hour period. Some days, not enough data was available to generate an accurate extent estimate, so those dates are missing from this time series. In addition, these extents show only the surface oil, not the subsurface plumes. This dataset runs through August 2, two weeks after the leaking well was capped.