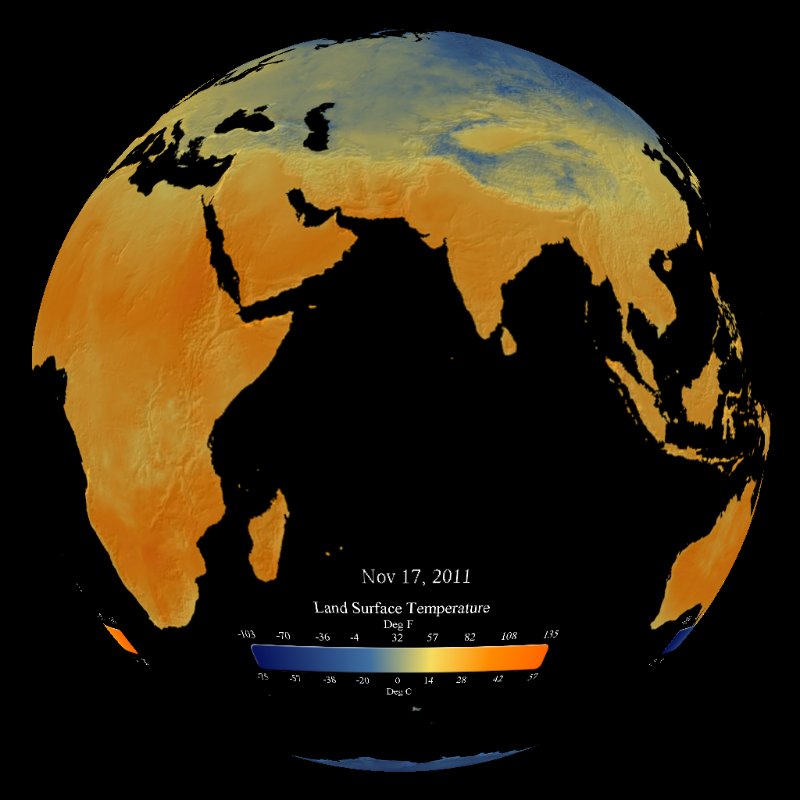 The data plots shown here are generated by averaging all of the data collected by the NOAA AMSU and DMSP SSM/I microwave sensors from seven different polar-orbiting satellites over a 24 hour period. Blue areas are cool and orange areas are warm.