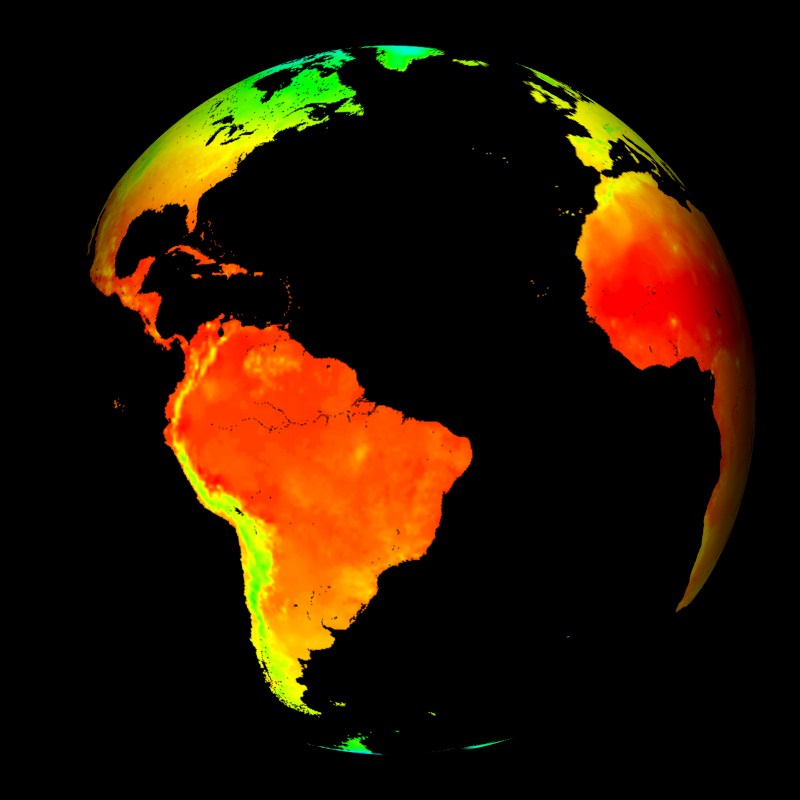 The temperature of the air varies dramatically in both time and space. Because the Earth's rotational axis is at a 23° tilt, the Northern Hemisphere and Southern Hemisphere simultaneously experience opposite seasons. This dataset displays the gridded, monthly, historical terrestrial air temperature from 1950 - 1999. The original data is from the Global Historical Climatology Network, which is part of NOAA's National Climatic Data Center. The data was interpolated by the Center for Climatic Research at the University of Delaware.

This sequence clearly illustrates the annual cycle of climate variability across the world through the seasons. Besides displaying how the hemispheres experience opposite seasons simultaneously, this dataset also reveals the effect of significant elevation changes. The mountainous regions tend to be cooler than the surrounding areas. Temperature responses over land to significant El Nino/La Nina events can also be measured as well as global warming trends in many regions. These responses however, are generally masked by the overwhelming changes in the seasons.