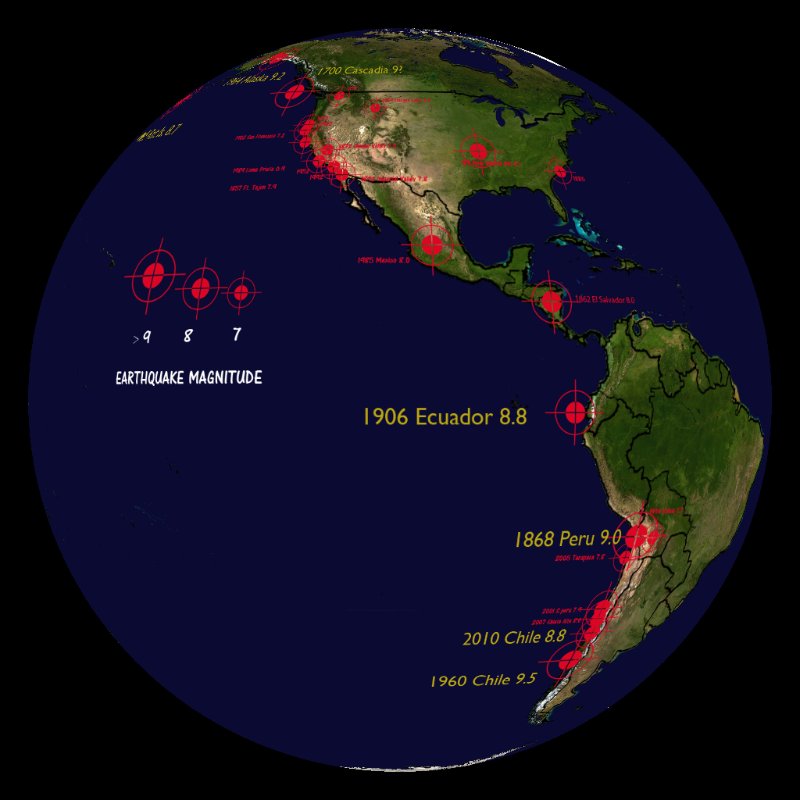 It is estimated that there are 500,000 detectable earthquakes in the world each year. Of those, 100,000 can be felt and 100 of them cause damage. Anything that causes seismic waves to radiate throughout the Earth is an earthquake. The cause of earthquakes can be natural, such as one tectonic plate slipping below another, or anthropogenic (cause by humans), such as drilling for fossil fuels, extraction of minerals, huge explosions, and the collapse of large buildings. The surface of the Earth is composed of a mosaic of tectonic plates moving with respect to each other. When two plates glide past one another, a stress builds up at the boundary. When that stress reaches a critical level, the boundary slips and the result is an earthquake. Because most natural earthquakes occur due to slipping plates, the boundaries between tectonic plates are "hot spots" for earthquakes. The magnitude of earthquakes is measured by the Richter magnitude scale. It is a base-10 logarithm scale of the ground motion caused by the earthquake. Each increase of 1 in magnitude represents 10 times more ground motion.

This historical dataset highlights the locations of the top ten recorded earthquakes, with additional smaller earthquakes as well. The top ten earthquakes are in yellow text, and all the others are in red text. Each bullseye represents an earthquake, with the size of the bullseye proportional to the magnitude of the earthquake. The coasts along the Pacific Ocean are a particularly active region known as the Ring of Fire. In the area, the Pacific Plate meets many other plates, creating boundaries conducive to earthquake formation. Here is the top 20 list of earthquakes according the to the Notable Features