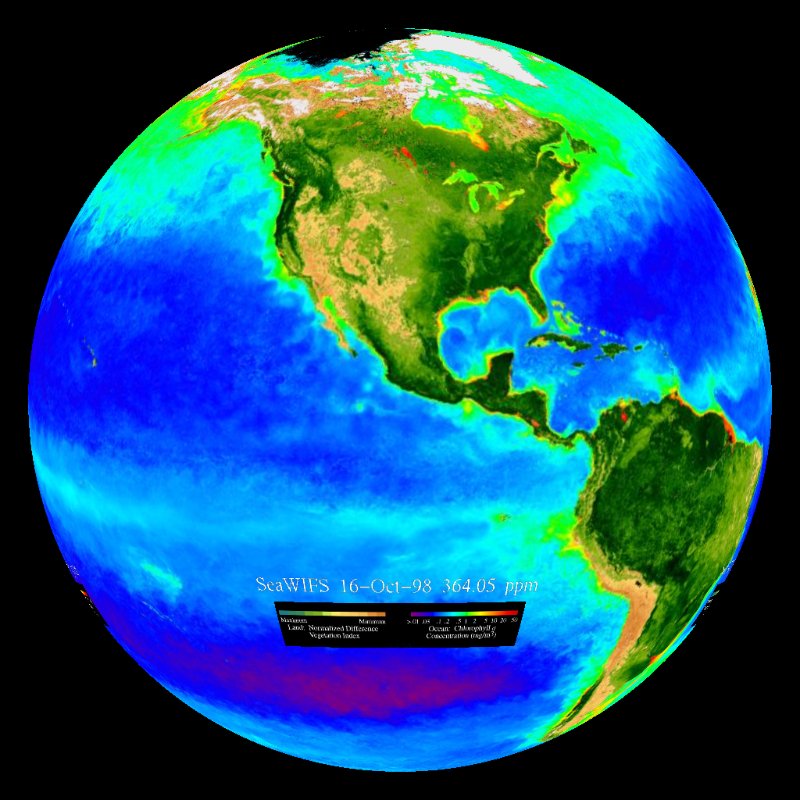 As an addition to this dataset, another version is available that has the Carbon Dioxide record from NOAA's Mauna Loa Observatory included in the images. Another version of SeaWiFS is also available with the land as a still image, showing only the changes in the ocean through the year.