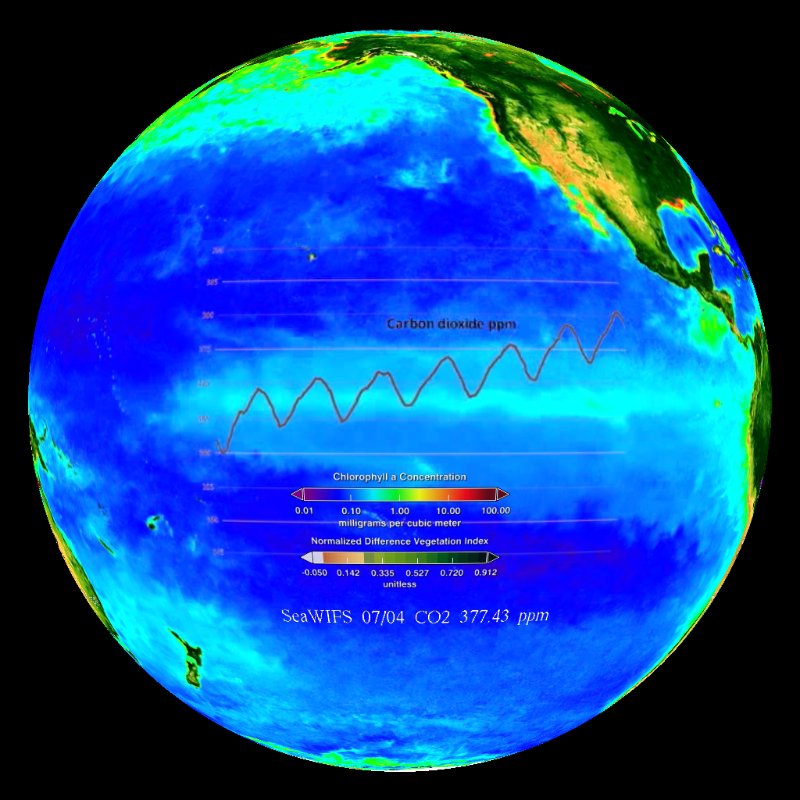 As an addition on this dataset the Carbon Dioxide record from NOAA's Mauna Loa Observatory included as a graph in the images.