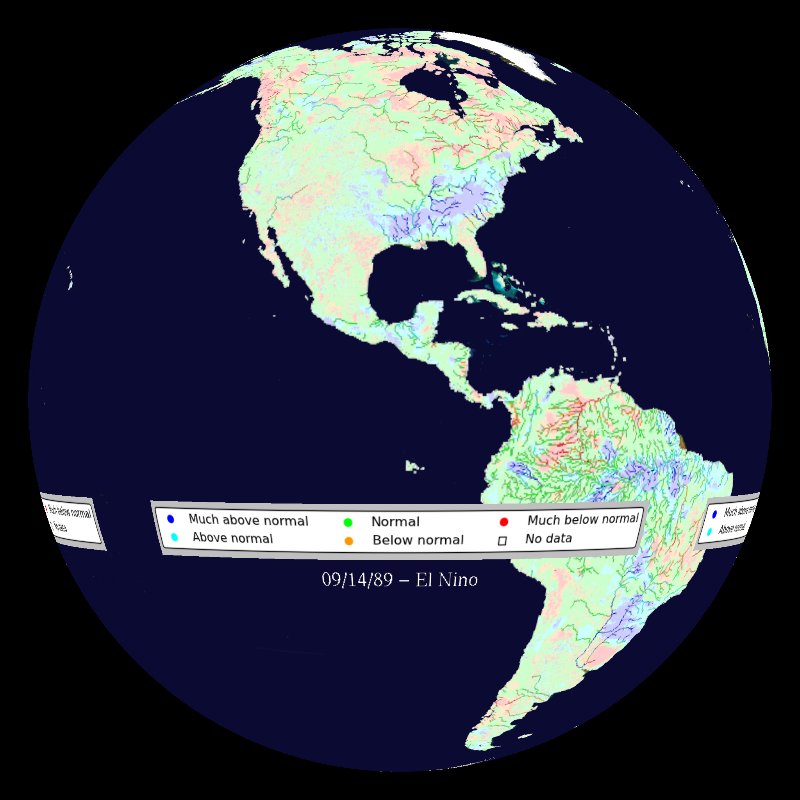 What we expect to see during typical cycles:

During El Niño, the winter conditions tend to be:

La Niña winters are usually the opposite of El Niño winters: