Several datasets have been made from the images that are taken during the mission. This dataset includes pictures taken by the Stereo Surface Imager (SSI) shortly after landing on May 25, 2008. Phoenix Mars Landing with Parachute May 25, 2008 includes pictures taken by the Mars Reconnaissance Orbiter's High Resolution Imaging Science Experiment (HiRISE) camera while the Phoenix Mars Lander parachuted to the surface of Mars. Phoenix Mars Lander First Color Images May 26, 2008 contains the first color pictures available from the Phoenix Mars Lander taken with the SSI. The 360 Panoramic View of Mars from Phoenix Lander dataset is a 360-degree view from NASA's Phoenix Mars Lander showing the spacecraft's solar arrays, lander deck and the Martian polar landscape beyond. Phoenix Mars Lander Color Panorama on Northern Mars is another 360-degree view from the lander, but is in true color. A final dataset, Midnight Sun from Mars Phoenix Lander Summer 2008 is a panoramic mosaic of images that documents the position of the midnight sun during several days of the mission. Full descriptions of each image are available as text files with the images on the FTP site. 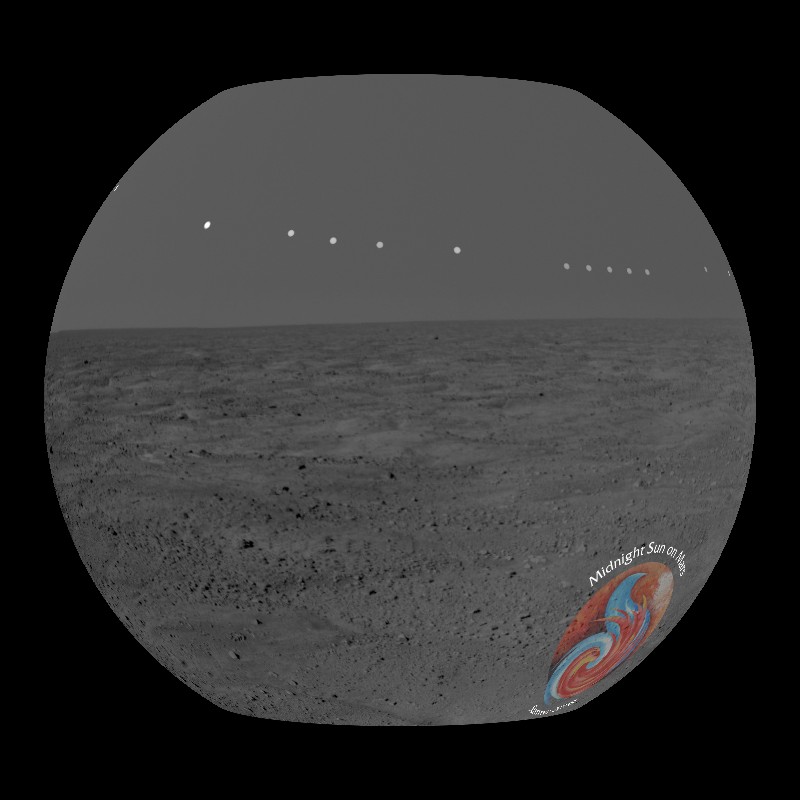