The nighttime Defense Meteorological Satellite Program (DMSP) Operational Linescan System (OLS) imagery for February 21, 2008 captured the impact of the lunar eclipse on visible-light observations of nighttime clouds. The DMSP OLS visible band is intensified at night to detect moonlit clouds. Measurements show that prior to the lunar eclipse at 0326 GMT, clouds and the earth's surface could be clearly seen in most of the orbits collected due to reflected moonlight. Similarly, on satellite passes just before and after the eclipse, clouds and the surface were still evident but less apparent in the data. However, near totality no clouds were visible at all and the ground is only indicated by the presence of nighttime lights. Note that during the eclipse, the DMSP thermal band was mostly unaffected. The image for the sphere has been labeled to identify the time and location of the eclipse. 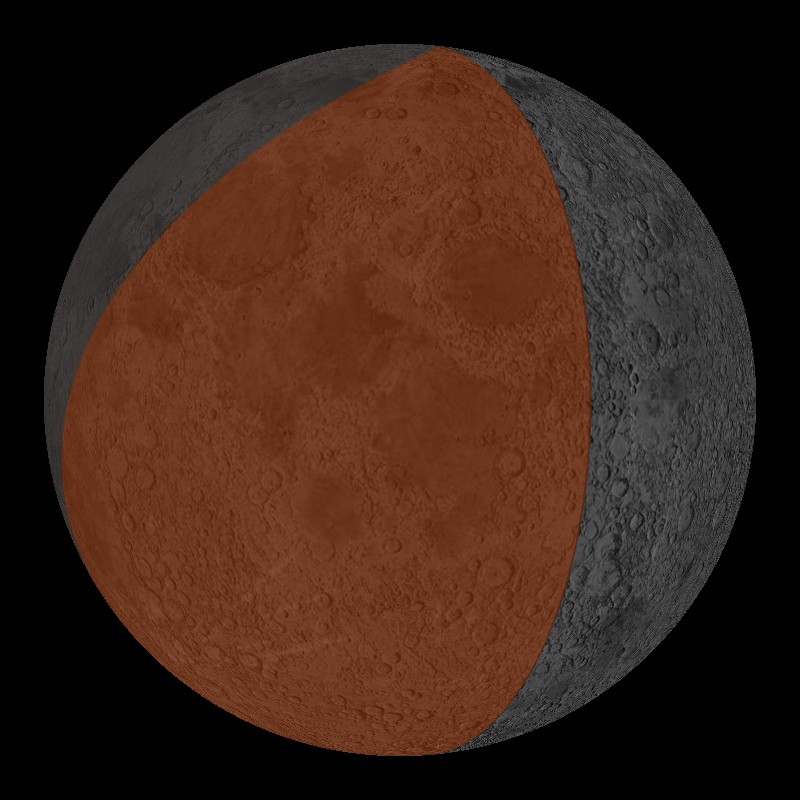